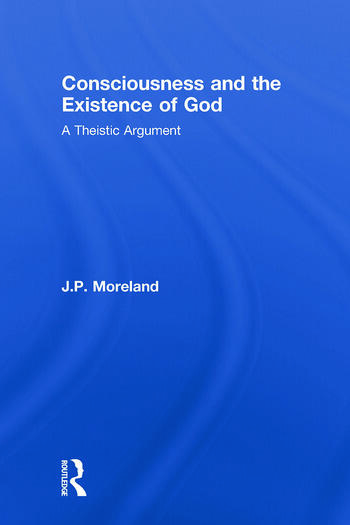 Consciousness and the Existence of God: A Theistic Argument

In Consciousness and the Existence of God, J.P. Moreland argues that the existence of finite, irreducible consciousness (or its regular, law-like correlation with physical states) provides evidence for the existence of God. Moreover, he analyzes and criticizes the top representative of rival approaches to explaining the origin of consciousness, including John Searle’s contingent correlation, Timothy O’Connor’s emergent necessitation, Colin McGinn’s mysterian "naturalism," David Skrbina’s panpsychism and Philip Clayton’s pluralistic emergentist monism. Moreland concludes that these approaches should be rejected in favor of what he calls "the Argument from Consciousness."

Chapter One: The Epistemic Backdrop for Locating Consciousness in a Naturalist Ontology

Chapter Two: The Argument from Consciousness

Chapter Nine: AC, Dualism and the Fear of God

J.P. Moreland is Distinguished Professor of Philosophy, Biola University. He has published over 60 articles in journals that include Philosophy and Phenomenological Research, American Philosophical Quarterly, Australasian Journal of Philosophy and Metaphilosophy. He has authored, edited or contributed to thirty-five books including Universals (McGill-Queen’s), Naturalism: A Critical Analysis (Routledge) and Does God Exist? (Prometheus).

Consciousness and the Existence of God: A Theistic Argument