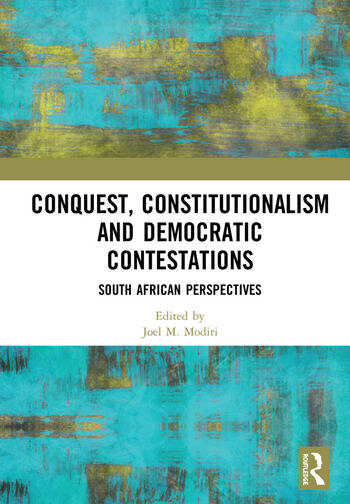 Two decades since the enactment of South Africa’s present constitution, the durability and endurance of ‘past’ inequalities and injustices illustrate that the ‘new South Africa’ – lauded as a miracle nation with the best constitution in the world – can no longer be regarded as an unqualified success. The legal and constitutional foundations of post-1994 South Africa are in a process of renegotiation that invites new and alternative perspectives and approaches.

This comprehensive volume explores this process of renegotiation by engaging political and intellectual contestations circulating in South African academic and public discourse relating to continuities and discontinuities between the colonial-apartheid past and the post-1994 constitutional present. The authors analyse the moral, intellectual and political unravelling of post-1994 South African constitutionalism (as legal text and political culture) and enquire whether it has been able to respond adequately to the fundamental contradictions generated by colonisation and apartheid. They also consider how centring the historical problem of European domination and conquest in Africa – and South Africa in particular – might provide an alternative frame or lens to theorise and understand contemporary South African realities.

This book marks out a complex field of contestation – involving competing histories, locations, visions and perspectives – that raises multifaceted questions regarding law, history and politics. It is the outcome of a South African Journal of Human Rights colloquium and was originally published as a special issue of the journal.

2. Conquest and constitutionalism: first thoughts on an alternative jurisprudence

3. Towards a post-conquest South Africa: beyond the constitution of 1996

4. Decolonising equality: the radical roots of the gender equality clause in the South African constitution

5. Is the South African Constitution an obstacle to a democratic post-colonial state?

6. Democratic constitutionalism in the time of the postcolony: beyond triumph and betrayal

7. On conquest and anthropology in South Africa

8. The liberation of history and the end of South Africa: some notes towards an Azanian historiography in Africa, South

11. A decolonial critique of private law and human rights