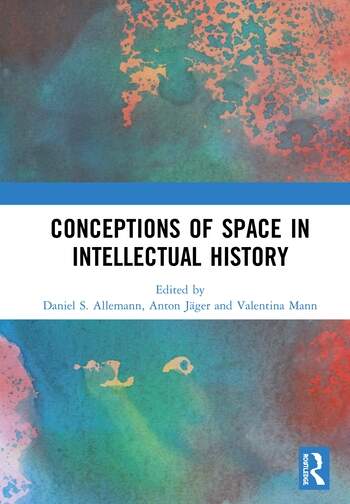 Conceptions of Space in Intellectual History

This volume takes a fresh approach to the issue of ‘space’ in intellectual history and puts forward novel ways of rendering conceptions of space useful for historians of political thought.

Notions of ‘space’ have become increasingly important to the practice of intellectual historians in recent years. This is evidenced by emerging locutions such as ‘the international turn’, ‘global intellectual history’, and ‘political space’. Thus far, however, it is still unclear what it actually means to take ‘space’ seriously in intellectual history, and what we might gain from doing so. Ranging from the early modern period to the twentieth century, the contributions to this volume span a variety of diverse topics and showcase the rewards of a spatial focus in intellectual history, both as a kind of place and as an organising principle. The book reconstructs the role of the modern territorial state in grounding reflection on political legitimacy; the interface between oceans and empires as a source of political reflection; and the curious antecedents of today’s spatial turn in German and Indian visions of geopolitics in the interwar years. In doing so, it makes a contribution to an ever-growing field.

This book was originally published as a special issue of Global Intellectual History.

1. The nation and property in Vattel’s theory of territory

2. Kropotkin’s commune and the politics of history

3. Space as gravitational field: the empire and the Atlantic in the political thought of Thomas Pownall

5. Spaces on the temporal move: Weimar Geopolitik and the vision of an Indian science of the state, 1924–1945

Daniel S. Allemann is a Research and Teaching Fellow at the University of Lucerne, Switzerland, while completing a PhD in the history of early modern political thought at the University of Cambridge, UK. His current research focuses on visions of slavery and empire in the wider Iberian world.

is a PhD Candidate at the University of Cambridge, UK. Her research focuses on the intellectual history of the social sciences in Europe and the United States at the end of the nineteenth century.

Conceptions of Space in Intellectual History