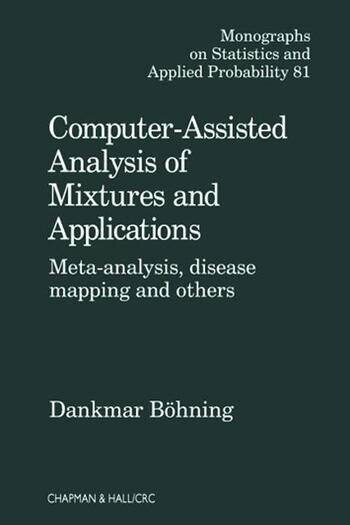 Computer Assisted Analysis of Mixtures and Applications: Meta Analysis, Disease Mapping, and Others

Computer Assisted Analysis of Mixtures summarizes developments in the field over the last 20 years . Along with advancements in theory and algorithms, it explores developments in biometric applications, such as meta-analysis, disease mapping, fertility studies, estimation of prevalence under clustering, and estimation of the distribution of survival times under interval-censoring. The approach is nonparametric for the mixing distribution, including leaving the number of components of the mixing distribution unknown. The text is particularly valuable to statisticians working with pharmaceutical clinical trials, epidemiologists, and social scientists.

"The chapter on disease mapping is interesting and well illustrated…"
Biometrics, Vol. 56, No. 2, June 2000

"This software should permit the interested reader to carry out mixture analysis of their own data with little difficulty and facilitate a better appreciation of the methods presented."
Short Book Reviews, Vol. 20, No. 3, December 2000 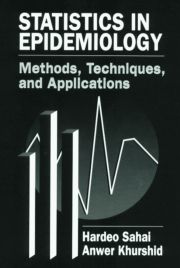 Computer Assisted Analysis of Mixtures and Applications: Meta Analysis, Disease Mapping, and Others