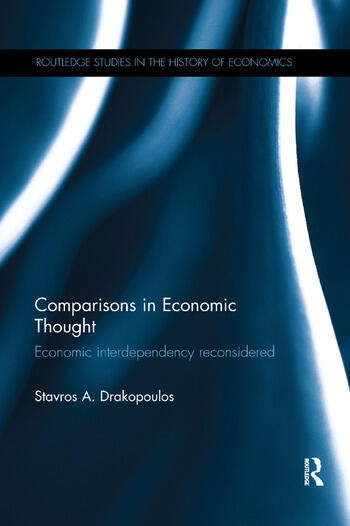 The idea of comparing rewards with others has a long and persistent presence in the social sciences, and can be found in many psychological, social and managerial theories. In economics, this idea can be traced back through the works of a substantial number of eminent thinkers, from Genovesi and Hume, to Smith, Ricardo, Marx, and Mill, through to Veblen, Pigou, and Keynes.

In the last two decades the notion of social comparisons has started to appear more frequently in economic literature, especially in the subfield of happiness research. There are also signs that the notion has resurfaced in some strands of literature such as positional concerns, social identity models and social capital theory. Comparisons in Economic Thought offers a uniquely comprehensive account of how social comparisons have featured in the history of economic thought. This book provides an assessment as to why social comparisons have been dismissed by mainstream economists and considers their current and future usefulness.

This volume is suitable for those who are interested and study history of economic thought, economic methodology and History of Consumer Theory, as well as Rational Choice Theory.

1. Social Comparisons in Other Social Sciences

3. The Marginalization of Social Comparisons

4. The Reappearance of Social Comparisons

Stavros A. Drakopoulos is a full Professor of Economics in the Department of Philosophy and History of Science at the National and Kapodistrian University of Athens, Greece. His research interests include Economic Methodology and the History of Economic Thought, Labour Economics, and the Economics of Subjective Well-being.