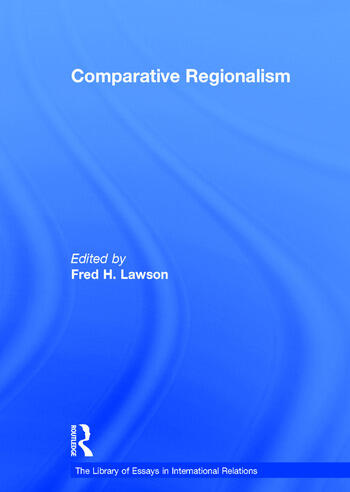 Regionalism has regained momentum in the post-Cold War era. New economic groupings continue to spring up across the globe, while older regional organizations have strengthened their institutional bases and broadened their scope. Explaining the reinvigoration of regionalism requires comparative analyses that not only highlight the commonalities that characterize various regional experiments but also account for the differential outcomes and divergent trajectories such projects exhibit. This collection of seminal articles on regionalism advances theoretical concepts that can stimulate useful comparisons, along with scholarly surveys of important instances of regionalism in the contemporary world. Besides classic studies of the European Union, the volume includes authoritative overviews and case studies of regionalist projects in East Asia, Sub-Saharan Africa, Latin America, the Middle East and Central Eurasia. An introductory essay situates these articles in the context of the five decade-long research program on regional integration theory.

Fred H. Lawson is Professor in the Department of Government at Mills College, Oakland, CA.