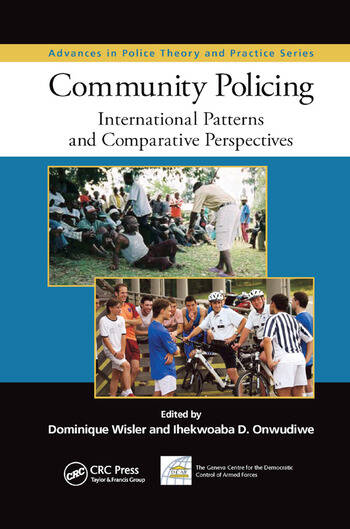 Community-oriented policing (COP) is the ideology and policy model espoused in the mission statements of nearly all policing forces throughout the world. However, the COP philosophy is interpreted differently by different countries and police forces, resulting in practices that may in fact run far afield of the community-based themes of partnership, responsiveness, and transparency. Community Policing: International Patterns and Comparative Perspectives provides a comprehensive survey of purported practices of COP, clarifying the concept and differentiating true COP from other models which follow the ideology in name only.

Using a case study approach, this eye-opening discourse reveals and examines contemporary patterns of alleged community policing across five continents. Providing insiders’ insight into the myriad practices in a variety of communities, the authors highlight the fact that policing in the countries profiled is heavily influenced by several factors. No matter how strongly the vision of COP permeates a police force’s mission, the significant factors that influence the policing culture are existing social and cultural traditions and structures, conventional methods already in place, the cultural and ideological language that sustains these practices, the efforts of entrepreneurs to argue for or against new ways of policing, and the social capital base found in the society.

Arriving at the conclusion that there is no consensual model of community policing, the detailed analysis in this volume makes this absence of agreement abundantly clear. Separating rhetoric from reality, this illuminating study is a practical, realistic contribution to the expanding literature on community-oriented policing.

D. Wisler and I. D. Onwudiwe

Community Policing in a High Crime Transitional State: The Case of South Africa Since Democratization in 1994

Reforming Community, Reclaiming the State: The Development of Sungusungu in Northern Tanzania

Community Policing: The Case of Informal Policing in Nigeria

The French Centralized Model of Policing: Control of the Citizens

Community Policing in Belgium: The Vicissitudes of the Development of a Police Model

Patterns of Community Policing in Britain

Fit for Purpose: Working with the Community to Strengthen Policing in Victoria, Australia

A Chinese Theory of Community Policing

The Police, Community, and Community Justice Institutions in India

Dominique Wisler is a United Nations consultant in Troinex, Switzerland. Ihekwoaba D. Onwudiwe is a professor at Texas Southern University in Houston. 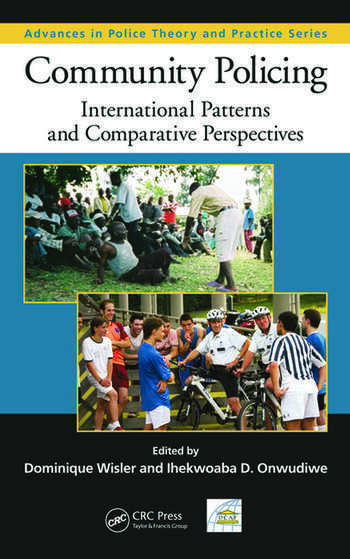