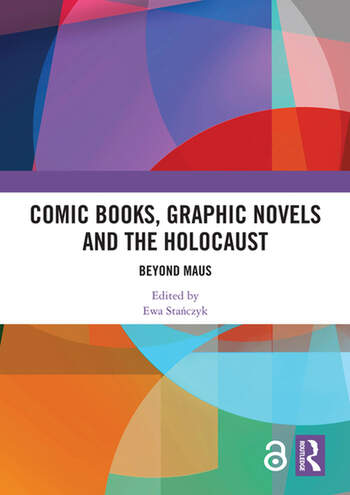 Comic Books, Graphic Novels and the Holocaust: Beyond Maus

This book analyses the portrayals of the Holocaust in newspaper cartoons, educational pamphlets, short stories and graphic novels. Focusing on recognised and lesser-known illustrators from Europe and beyond, the volume looks at autobiographical and fictional accounts and seeks to paint a broader picture of Holocaust comic strips from the 1940s to the present. The book shows that the genre is a capacious one, not only dealing with the killing of millions of Jews but also with Jewish lives in war-torn Europe, the personal and transgenerational memory of the Second World War and the wider national and transnational legacies of the Shoah. The chapters in this collection point to the aesthetic diversity of the genre which uses figurative and allegorical representation, as well as applying different stylistics, from realism to fantasy. Finally, the contributions to this volume show new developments in comic books and graphic novels on the Holocaust, including the rise of alternative publications, aimed at the adult reader, and the emergence of state-funded educational comics written with young readers in mind.

This book was originally published as a special issue of the Journal of Modern Jewish Studies.

4. Between memory, didacticism and the Jewish revival: the Holocaust in Italian comic books Paolino Nappi

5. The Shoah, Czech comics and Drda/Mazal’s "The Enormous Disc of the Sun" José Alaniz

6. "Draw yourself out of it": Miriam Katin’s graphic metamorphosis of trauma Diederik Oostdijk

Ewa Stanczyk is Lecturer in East European Studies at the University of Amsterdam, the Netherlands. She is the author of Contact Zone Identities in the Poetry of Jerzy Harasymowicz (2012) and has recently completed her second book on the politics of memory in Poland.

Comic Books, Graphic Novels and the Holocaust: Beyond Maus