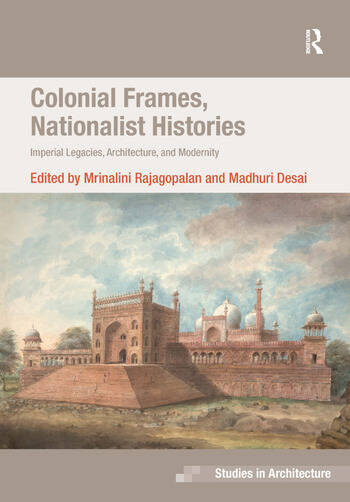 In recent years, there has been a growing debate on the various ways that architecture and urbanism have served the triad of colonialism, nationalism and modernity. Some have argued that newly decolonized nations sought to represent their modernity through the spaces and symbols of their new national capitals, while other scholars have stressed that while the forms and processes of architectural modernization have no doubt served as aids to various nation-building projects, it is the specific role of individual agents (such as planners, architects, an emerging twentieth-century bourgeois citizen, or colonial administrators) in this national project that needs attention. However, many such explorations of this subject have so far taken the form of monographs that concentrate on one city, thereby limiting the scope required to address the broader questions at hand. By juxtaposing case studies from various colonial and postcolonial settings from around the world, this edited volume provides a comprehensive and diachronic investigation of the ways in which architecture and urban space mediate the intersections of colonialism, nationalism, and modernity. Examining such spaces as archaeological sites, memorials, new buildings, or historic urban fabric, the book questions certain established dichotomies such as that of the imperial center and the colonized periphery; the colonial past and the postcolonial present; or the isolation of the national or local from the global. Besides offering unique historical perspectives on colonialism, nationalism and modernity, each case-study also reassesses theories regarding memory and monumentalization; the appropriation and deployment of tradition in the service of nationalism; and the institutions of modernity. A common thread throughout the essays in this volume is a focus on new loci of power that emerge either in collision with colonial power structures, or in collaboration with or those that emerge in the wake of decolonization. While the authors recognize the presence of a larger structure of colonial hegemony, they also investigate those centers of power that emerge in the interstices of crevices of colonial power. Interdisciplinary and theoretically innovative, this book offers a global perspective on colonial and national landscapes, rewrites the master creator narrative, examines national landscapes as sites of contestation and views the globalization of processes such as archaeology beyond the boundaries of the national.

'Colonial Frames, Nationalist Histories is an ambitious collection of essays that adds much to the growing body of scholarship on global histories of modern architecture and urbanism. Many of the essays in this volume will be welcome not only by historians of the built environment, but by social and cultural historians of empire, historians of nineteenth-century material and visual culture, and art historians interested in the representation of landscape through photography and illustration.' Traditional Dwellings & Settlements Review