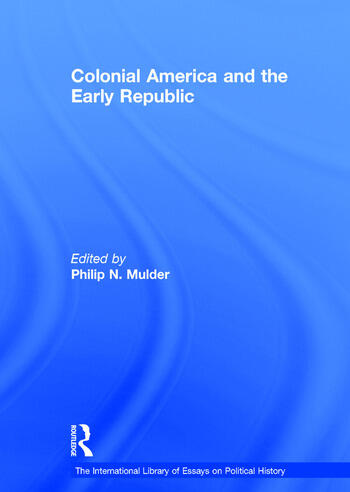 Colonial America and the Early Republic

Reflecting the best recent scholarship of Early America and the Early Republic, the articles in this collection study the many dimensions of American political history. The authors explore Native American interests and encounters with settlers, diplomatic endeavors, environmental issues, legal debates and practiced law, women's citizenship and rights, servitude and slavery and popular political activity. The geographical perspective is as expansive as the topical, with strong representation of trans-Atlantic and continental interests of many nations and peoples. The international and interdisciplinary perspectives illustrate the dynamic transformations of America during this era of settlement, conquest, development, revolution and nation building.

Colonial America and the Early Republic