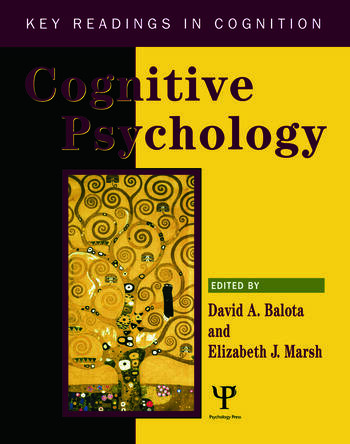 One problem confronting instructors in cognitive psychology courses is covering such diverse topics as pattern recognition, attention, memory, language, decision-making, and problem solving. It is virtually impossible to both cover these topics and also provide details regarding the beauty of the experimental studies that have tackled important topics in a single textbook or in a semester of lectures. The goal of this book is to help fill this void and provide students with the opportunity to learn about the details of the actual articles and chapters that have had major influences in the development of this discipline.

David Balota is a Cognitive Psychologist working in the areas of Psycholinguistics and Age-Related Changes in Attention and Memory. His work has been consistently been funded by NIH and/or NSF. In addition to being on numerous editorial boards, he has been Associate Editor at the Journal of Memory and Language and is currently Editor for the Psychonomic Bulletin and Review. He is currently President of Division 3, Experimental Psychology, and is on the governing board of the Psychonomic Society.

Elizabeth Marsh received her PhD in Cognitive Psychology from Stanford University in 1999. She completed an NIMH funded postdoctoral research fellowship at Washington University before moving to her present faculty position at Duke University. Her research is focused on human memory, especially autobiographical memories, the acquisition and source of general world knowledge, and memory illusions.