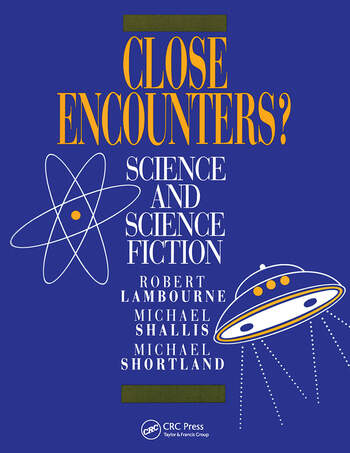 Currently, science fiction in all its forms is enjoying enormous popular interest. There can be no doubt that science fiction books and films have great influence on the public view of science and scientists.

Close Encounters? examines the historical development of science fiction as a genre in books and films, tracing its roots, examining its most common ideas, exploring its relationship to "real" science, and attempting to assess its cultural impact. Discussion focuses on major themes such as time travel, politics, religion, ecology, and disasters. The authors consider the science in science fiction, the images of scientists that science fiction conveys, and some of the political, religious, and social motifs prominent in science fiction. They also discuss pseudo-science and its growing influence on the public perception of science.

This fascinating, thought-provoking study should be read by all those interested in how the nature of science and its role in our society is portrayed in science fiction.

"…a careful, knowledgeable, and sympathetic consideration of science fiction in its various forms and its relation to science."
-Isaac Asimov

"Close Encounters? will continue to provide me with new maps to regions of interest and pleasure in sci-fi which I might, left to myself, overlook."
-Colin Keay, Australian and New Zealand Physicist

"It is well written. … The book is worth the investment."
-Fantast (Medway) Ltd.

"In sum, Close Encounters? is a brief, readable, and reasonably priced introduction, suitable for a section of an introductory course on science and literature."
-British Journal for the History of Science