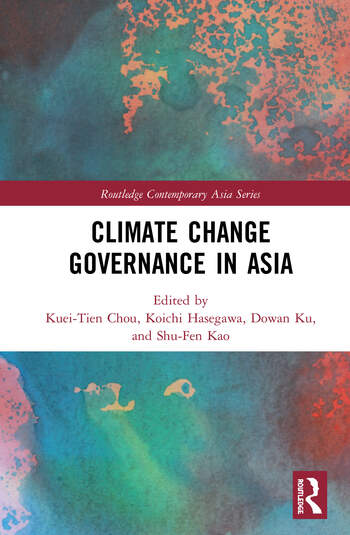 Asian countries are among the largest contributors to climate change. China, India, Japan and South Korea are among the top ten largest carbon emitters in the world, with South Korea, Japan and Taiwan also some of the largest on a per capita basis. At the same time, many Asian countries, notably India, Taiwan, Japan, the Philippines and Thailand are among those most affected by climate change, in terms of economic losses attributed to climate-related disasters.

Climate Change Governance in Taiwan: The Transitional Gridlock by a High Carbon Regime

Climate Change Governance in Korea: Focusing on the Process of the Establishment of its NDC

Climate Governance in China: the role of International Organisations in the Guangdong Emission Trading Scheme

Governing the Climate-Driven Systemic Risk in Taiwan – Challenges and Perspectives

Ecological Modernization, New Technologies and Framing in the Environmental Movement: A climate Change Mitigation Technology (CO2 capture and storage) and its Environmental Risk

Rethinking Adaptation to Climate Change in the Policy Landscape of India

is Professor of Sociology at Graduate School of Arts and Letters, Tohoku University, Japan.

is Associate Professor at the Department of Sociology, Fo Guang University.