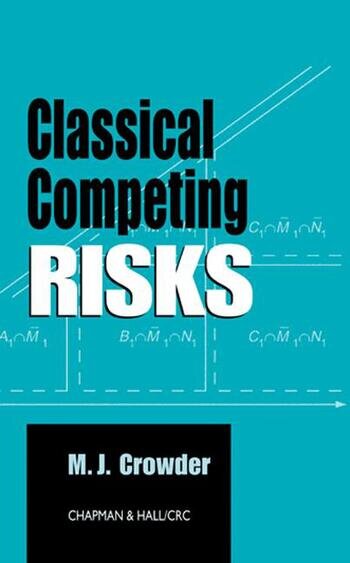 If something can fail, it can often fail in one of several ways and sometimes in more than one way at a time. There is always some cause of failure, and almost always, more than one possible cause. In one sense, then, survival analysis is a lost cause. The methods of Competing Risks have often been neglected in the survival analysis literature.

Written by a leading statistician, Classical Competing Risks thoroughly examines the probability framework and statistical analysis of data of Competing Risks. The author explores both the theory of the subject and the practicalities of fitting the models to data. In a coherent, self-contained, and sequential account, the treatment moves from the bare bones of the Competing Risks setup and the associated likelihood functions through survival analysis using hazard functions. It examines discrete failure times and the difficulties of identifiability, and concludes with an introduction to the counting-process approach and the associated martingale theory.

With a dearth of modern treatments on the subject and the importance of its methods, this book fills a long-standing gap in the literature with a carefully organized exposition, real data sets, numerous examples, and clear, readable prose. If you work with lifetime data, Classical Competing Risks presents a modern, comprehensive overview of the methodology and theory you need.

"…an excellent self-contained treatment of competing risks…the chapter on identifiability issues collects results, which are not much discussed in other books on survival analysis…the book is fun to read…"
- Short Book Reviews of the ISI

"Classical Competing Risks is self-contained and well written at a level accessible to graduate students and applied statisticians alike."
- Journal of the American Statistical Association

"…best described as a highly focused, extremely compact, introduction…The reviewed reliability concepts span hazard functions, maximum likelihood estimation of reliability model parameters, multivariate survival distributions, partial likelihood functions, and reliability model checking. This succinct and comprehensive tour of reliability is an important side benefit of the book…The author's writing style keeps the dryness of the mathematics from overwhelming the book. He maintains an honest appreciation of the limits of what he can achieve in a relatively small space. He sprinkles various personal comments and asides that, although not simplifying the mathematics, at least prevent the book from seeming strictly a core text. …a well-organized, enriching encouragement to learn more about a subject deserving of more widespread appreciation in the reliability community.
- Joseph D. Conklin, U.S. Census Bureau in Technometrics, August 2002 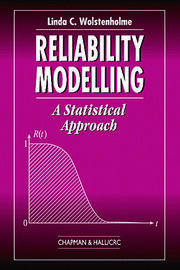 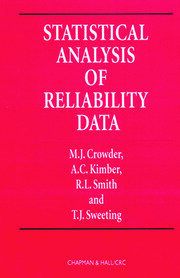 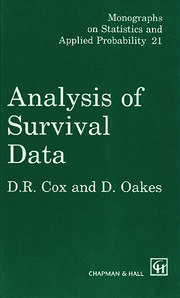