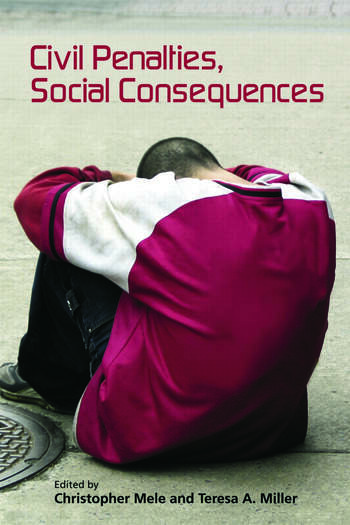 Mele and Miller offer a timely, insightful analysis of the continuing challenges faced by ex-felons upon re-entry into society. Such penalties include a lifetime ban on receiving welfare and food stamps for individuals convicted of drug felonies as well as barriers to employment, child rearing, and housing opportunities. This much-needed work contains pieces by scholars in law, criminology, and sociology, including: Scott Christianson, Michael Lichter, and Daniel Kanstroom.

"The contributors to this volume document a vast structure of civil disabilities that lies beyond the gates of America's alarmingly distended prison system. This mostly invisible system operates to govern large segments of the American population, especially the poor, minorities, and non-citizens, in a form more similar to totalitarian dictatorship than to anything resembling a republican constitution. With the war on terror likely to imbed this system of absolutist rule more deeply into our political and legal institutions, the time for the widest possible discussion and debate on these issues is now." -- Jonathan Simon, Associate Dean, Jurisprudence and Social Policy Program, and Professor of Law, School of Law, University of California at Berkeley
"This is a book which challenges and disturbs. It demands to be read by those who place faith in increasingly punitive strategies, and those who seek to resist them." -- Dave Cowan, Professor of Law and Policy, University of Bristol