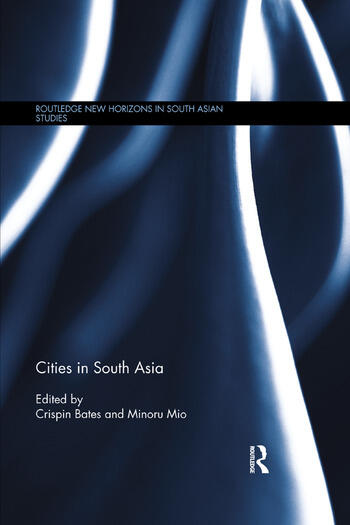 Globalisation has long historical roots in South Asia, but economic liberalisation has led to uniquely rapid urban growth in South Asia during the past decade. This book brings together a multidisciplinary collection of chapters on contemporary and historical themes explaining this recent explosive growth and transformations on-going in the cities of this region.

The essays in this volume attempt to shed light on the historical roots of these cities and the traditions that are increasingly placed under strain by modernity, as well as exploring the lived experience of a new generation of city dwellers and their indelible impact on those who live at the city’s margins. The book discusses that previously, cities such as Mumbai grew by accumulating a vast hinterland of slum-dwellers who depressed wages and supplied cheap labour to the city’s industrial economy. However, it goes on to show that the new growth of cities such as Bangalore, Hyderabad, and Madras in south India, or Delhi and Calcutta in the north of India, is more capital-intensive, export-driven, and oriented towards the information technology and service sectors. The book explains that these cities have attracted a new elite of young, educated workers, with money to spend and an outlook on life that is often a complex mix of modern ideas and conservative tradition. It goes on to cover topics such as the politics of town planning, consumer culture, and the struggles among multiple identities in the city. By tracing the genealogies of cities, it gives a useful insight into the historical conditioning that determines how cities negotiate new changes and influences.

There will soon be more mega cities in South Asia than anywhere else in the world, and this book provides an in-depth analysis of this growth. It will be of interest to students and scholars of South Asian History, Politics and Anthropology, as well as those working in the fields of urbanisation and globalisation.

Crispin Bates is Professor of Modern and Contemporary South Asian History at the University of Edinburgh, UK.

is the Director of the Centre for Contemporary India Area Studies at the National Museum of Ethnology in Osaka, Japan.