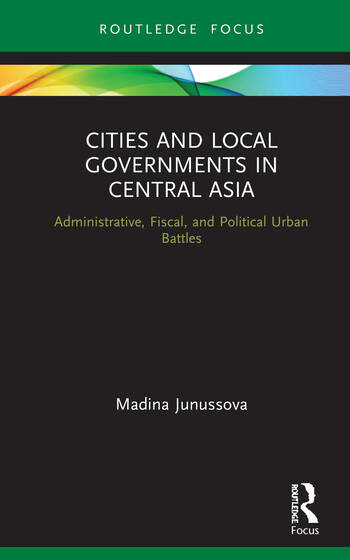 This book presents the changing roles of urban governments and how local governments struggle to gain administrative, fiscal, and political power to combat current urban challenges in Kazakhstan.

Focusing on the cities and regions selected by the national government of Kazakhstan to be the drivers of national economic development, the author analyses the impact of decentralization on the role of local governments. The book examines the practical experiences of city and regional governments with an emphasis on urban planning, public investment in national projects, and management of urban transport. Due to the complexity and irregular distribution of political reforms at different levels of local government in Kazakhstan, three separate studies are presented, each looking at a specific aspect of decentralization reform and local government function related to physical urban development and distribution of public investment. The author argues that, if the national government of Kazakhstan wants to concentrate economic resources in urban agglomerations, it is not enough to assume that local governments are ready to play the role of efficient planners and managers of urban development.

1. THE CHANGING ROLES OF CITIES AND LOCAL GOVERNMENTS

6. RECONSIDERING THE ROLE OF LOCAL GOVERNMENTS IN THE CENTRAL ASIAN CONTEXT

Madina Junussova is a Research Fellow at the Institute of Public Policy and Administration of the University of Central Asia, Kazakhstan/Kyrgyzstan/Tajikistan and a CERGE-EI Foundation Teaching Fellow.