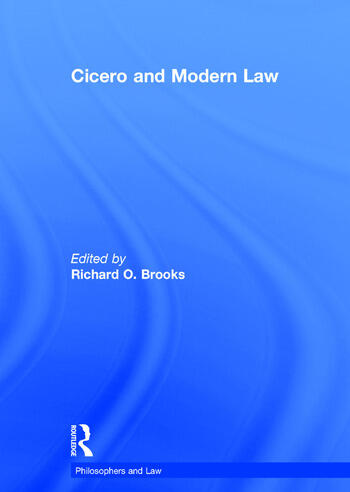 Cicero and Modern Law contains the best modern writings on Cicero's major law related works, such as the Republic, On Law, On Oratory, along with a comprehensive bibliography of writings on Cicero's legal works. These works are organized to reveal the influence of Cicero's writings upon the history of legal thought, including St. Thomas, the Renaissance, Montesquieu and the U.S. Founding Fathers. Finally, the articles include discussions of Cicero's influence upon central themes in modern lega thought, including legal skepticism, republicanism, mixed government, private property, natural law, conservatism and rhetoric. The editor offers an extensive introduction, placing these articles in the context of an overall view of Cicero's contribution to modern legal thinking.