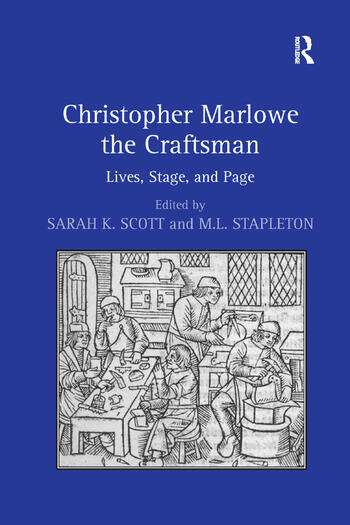 Contributions to this volume explore the idea of Marlowe as a working artist, in keeping with John Addington Symonds' characterization of him as a "sculptor-poet." Throughout the body of his work-including not only the poems and plays, but also his forays into translation and imitation-a distinguished company of established and emerging literary scholars traces how Marlowe conceives an idea, shapes and refines it, then remakes and remodels it, only to refashion it further in his writing process. These essays necessarily overlap with one another in the categories of lives, stage, and page, which signals their interdependent nature regarding questions of authorship, theater and performance history, as well as interpretive issues within the works themselves. The contributors interpret and analyze the disputed facts of Marlowe's life, the textual difficulties that emerge from the staging of his plays, the critical investigations arising from analyses of individual works, and their relationship to those of his contemporaries. The collection engages in new ways the controversies and complexities of its subject's life and art. It reflects the flourishing state of Marlowe studies as it shapes the twenty-first century conception of the poet and playwright as master craftsman.

Sarah K. Scott is Assistant Professor of English at Mount St. Mary's University, where she offers courses in early modern literature and culture. She is Assistant Editor of the New Variorum Shakespeare Julius Caesar. She has published essays on Middleton, Dekker, and Marlowe, as well as several book reviews. M.L. Stapleton is Chapman Distinguished Professor of English at Indiana University-Purdue University, Fort Wayne. He has published books about Ovid, Seneca, Shakespeare, and Aphra Behn. He is editor of the New Variorum Shakespeare Julius Caesar. His most recent publication is Spenser's Ovidian Poetics (2009).

'Innovative and engaging, this anthology is a rich addition to Marlowe studies, complementing and extending the best of recent scholarship. Its collective emphasis on Marlowe as a literary craftsman is timely in its vision of Marlowe as a working artist, a shaper and refiner of ideas.' Bruce Brandt, South Dakota State University, USA and Past President, Marlowe Society of America 'Christopher Marlowe the Craftsman offers all Marlovians infinite riches... the essays in this volume reach beyond its pages to pages elsewhere - some written, some being written, some yet to be written. Readers can take from Marlowe the Craftsman individual essays that simply delight their minds.' Marlowe Society of America Newsletter 'Well written and well crafted, the book is both accessible and stimulating... Recommended.' Choice '... refreshingly, this work of the Marlowe Association of America blends together a variety of theoretical and critical approaches. The breadth, inclusiveness, and robust heterogeneity of this collection speak to the willingness of Scott and Stapleton as editors to allow a wide range of established scholars to share what is freshest and most interesting to them.' John Donne Journal