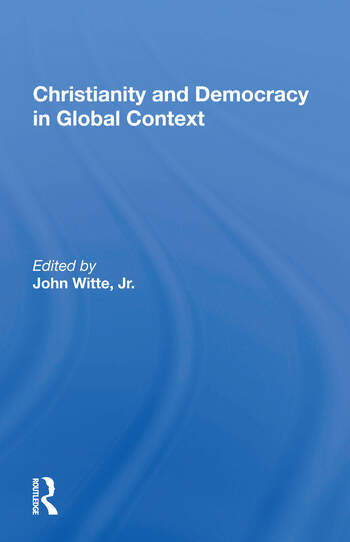 Christianity And Democracy In Global Context

In the past, Christianity has had both positive and negative influences on democracy. Christian churches have served as benevolent agents of welfare and catalysts of political reform. But they have also served as belligerent allies of repression and censors of human rights. Christian theology has helped to cultivate democratic ideas of equality, liberty, and responsibility. But it has also helped to perpetuate repressive ideas of statism, elitism, and chauvinism. In the future, Christian attitudes and actions concerning democracy will face a formidable challenge—both from inside and outside of the Christian community. From inside, new liberation and ecumenical movements will continue to challenge Christianity to lend greater aid to the poor and the oppressed and greater support to the cause of political reform and renewal. From outside, the coüapse of socialist ideologies, the emergence of Islam, and the growing secularization of the West will challenge Christianity to develop a more coherent and consistent teaching on democratic law and politics. This collection brings together leading politicians, clerics, and academics of a variety of political positions and Christian persuasions to debate what Christianity has contributed in the past and what it should contribute in the future to the shape of democratic government around the world. It is a crucial contribution to current thought on religion and politics.

John Witte, Jr. is the Jonas Robitscher professor of law and ethics, and director of the law and religion program at Emory University, Atlanta. A specialist in legal history and religious liberty, he has published twelve books and 120 professional articles, and has lectured throughout North America, Europe, Israel, and South Africa. 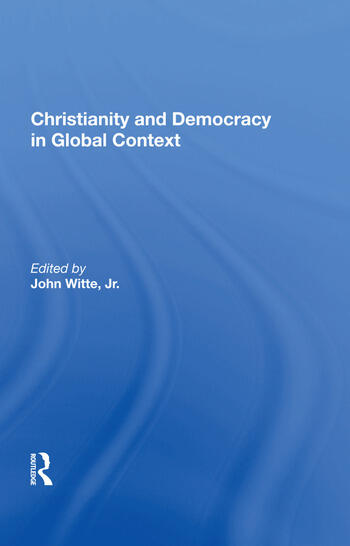 Christianity and Democracy in Global Context