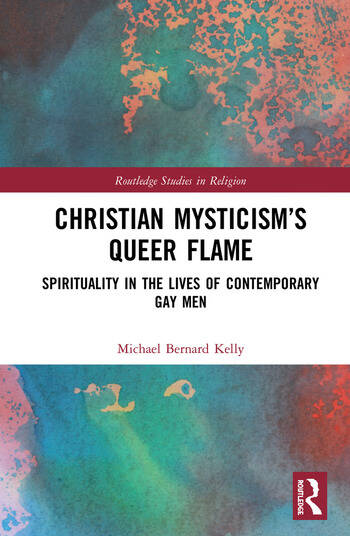 Is the Christian mystical tradition a relic of another time, shaped by celibates for celibates, unable to engage meaningfully with people of our time who embrace their corporeality and sexuality as crucial aspects of their journey towards union with God? This book reflects in serious theological depth and detail on the spiritual and sexual journeys of gay men of mature and committed Christian faith, employing the Christian mystical tradition as the lens and the interlocutor in this process.

This study examines the major themes and stages of the mystical tradition as outlined by Evelyn Underhill, but also including more recent work by Ruth Burrows, Thomas Merton and Constance Fitzgerald. Using methods of qualitative research, it then considers the texts of in-depth interviews conducted with men, most of whom are theologians or spiritual leaders with a deep Catholic faith, and all of whom are openly, self-affirmingly gay. Finally, it employs Ricoeur’s hermeneutical theory to engage in a creative theological conversation between the traditional mystical stages and themes and these men’s lives, as described in their interviews.

This is a unique study that brings together ancient spirituality with contemporary lived religion. As such, it will be of interest to scholars of religious studies, theology, Christian mysticism and spirituality, and queer studies. It will be of particular interest to those teach spiritual direction and to all who seek new ways to engage with the spiritual lives of LGBTIQ+ people.

Section One: Setting the Interpretative Context

2 The Two Lungs of the Christian Mystical Life: the Cataphatic Way and the Apophatic Way

3 Theories of Mystical Development: the Classical Model According to Evelyn Underhill’s Mysticism

Section Two: Stories of Faith and Patterns of Growth: The Eight Interviews

6 Family, Faith, and the Path towards Coming Out

7 Early Adulthood and the Path Towards Integration

Section Three: Towards a Gay Mystical Theology: Creating the Conversation

8 From Awakening to Coming Out

9 From Coming Out to Union with God