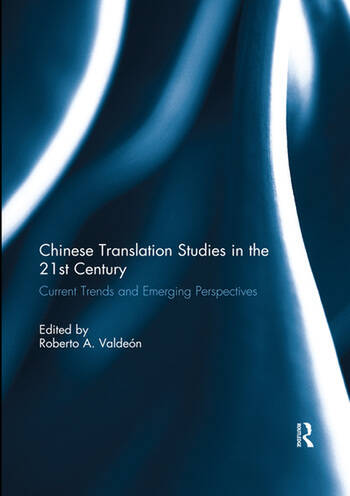 Chinese Translation Studies in the 21st Century, which presents a selection of some of the best articles published in the journal Perspectives in a five-year period (2012-2017), highlights the vitality of Translation Studies as a profession and as a field of enquiry in China. As the country has gradually opened up to the West, translation academic programmes have burgeoned to cater for the needs of Chinese corporations and political institutions.

The book is divided into four sections, in which authors explore theoretical and conceptual issues (such as the connection between translation and adaptation, multimodality, and the nature of norms), audiovisual translation (including studies on news translation and the translation of children’s movies), bibliographies and bibliometrics (to assess, for example, the international visibility of Chinese scholars), and interpreting (analyzing pauses in simultaneous interpreting and sign language among other aspects). The book brings together well-established authors and younger scholars from universities in mainland China, Hong Kong, Macao and Taiwan.

The chapters in this book were originally published in various issues of Perspectives: Studies in Translatology.

Part I: Theoretical and conceptual issues

1. A survey of the ‘new’ discipline of adaptation studies: between translation and interculturalism Leo Chan

4. From norm-breaking to norm-making: a sociological study of the genesis of a new norm Jing Yu and Minhui Xu

5. The transformation of the translatorial identity and the shift of translation style: a comparison of the three versions of the she king translated by James Legge Wu Guangjun and Liu Tingting

6. Translation as adaptation and selection: a feminist case Zhongli Yu

Part II: Translation and the media

12. Mapping interpreting studies: The state of the field based on a database of nine major translation and interpreting journals (2000-2010) Jackie Xiu Yan, Jun Pan, Hui Wu and Ying Wang

13. The past, present and future of Chinese MA theses in Interpreting Studies: A scientometric survey Ziyun Xu

18. Problems and strategies in public service interpreting as perceived by a sample of Chinese-Catalan/Spanish interpreters Mireia Vargas-Urpi

Roberto A. Valdeón is a Professor at the University of Oviedo, Spain, the Editor-in-Chief of Perspectives, and the General Editor of Benjamins Translation Library. He is the author of Translation and the Spanish Empire in the Americas (2014) and the editor of Spanish in the USA: Linguistic, Translational and Cultural Aspects (2016). He is an Honorary Professor at Jinan University, Zhuhai, and lectures regularly at some of the most prestigious universities in China.