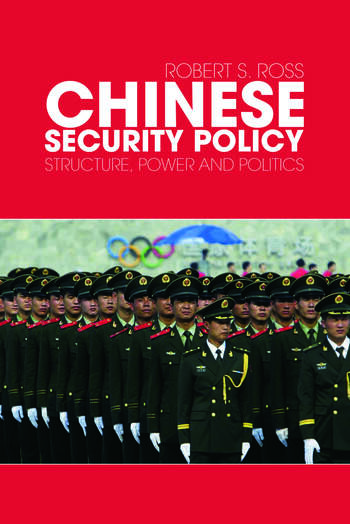 This volume provides a coherent and comprehensive understanding of Chinese security policy, comprising essays written by one of America's leading scholars.

Chinese Security Policy covers such fundamental areas as the role of international structure in state behavior, the use of force in international politics (including deterrence, coercive diplomacy, and war), and the sources of great-power conflict and cooperation and balance of power politics, with a recent focus on international power transitions. The research integrates the realist literature with key issues in Chinese foreign policy, thereby placing China’s behaviour in the larger context of the international political system. Within this framework, Chinese Security Policy considers the importance of domestic politics and leadership in Chinese policy making.

This book examines how Chinese strategic vulnerability since U.S.-China rapprochement in the early 1970s has compelled Beijing to seek cooperation with the United States and to avoid U.S.-China conflict over Taiwan.  It also addresses the implications of the rise of China for the security of both United States and of Chinese neighbors in East Asia, and considers the implications of China’s rise for the regional balance of power and the emerging twenty-first century East Asian security order.

This book will be of great interest to all students of Chinese Security and Foreign Policy, Chinese and Asian Politics, US foreign policy and International Security in general.