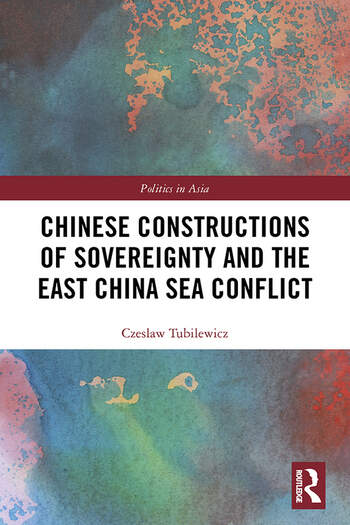 Chinese Constructions of Sovereignty and the East China Sea Conflict

This book analyses Chinese social constructions of sovereignty in the context of the East China Sea conflict. It specifically explores China and Taiwan’s overlapping cross-Strait sovereignty claims and their domestic debates and policies towards the territorial dispute.

Providing an up-to-date discussion of the East China Sea conflict, the book challenges conventional assumptions regarding both Beijing’s and Taipei’s adherence to the classical notion of Westphalian sovereignty. Instead, it brings China and Taiwan into the Constructivist analytical framework and develops a domestic agency-focused approach to demonstrate the social power of ideas and the centrality of domestic actors in the production of sovereignty. Offering a comprehensive examination of Chinese, Taiwanese, Japanese and US responses at the domestic and international levels, the book studies the sovereignty narratives and the coordination of efforts made by the PRC and ROC authorities to counter Japan’s territorial claims in the East China Sea.

Featuring extensive analysis of the conceptual approaches to understanding Chinese sovereignty, Chinese Constructions of Sovereignty and the East China Sea Conflict will be useful for students and scholars of Chinese and Asian politics, as well as international relations and security studies.

3. Productions of One China in the East China Sea

8. Demise of the One China Sovereignty Project

is a Senior Lecturer at the Department of Politics and International Relations, the University of Adelaide. He has authored Taiwan and Post-Communist Europe (Routledge, 2007) and edited Critical Issues in Contemporary China (Routledge, 2006 and 2017).

Chinese Constructions of Sovereignty and the East China Sea Conflict