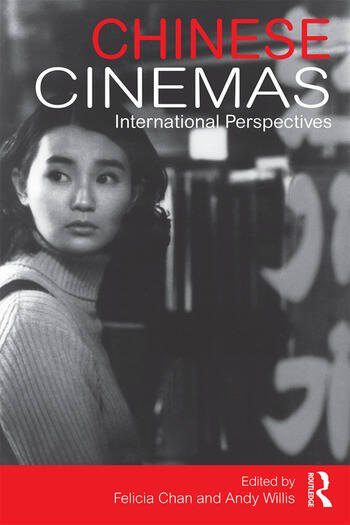 Chinese Cinemas: International Perspectives examines the impact the rapid expansion of Chinese filmmaking in mainland China has had on independent and popular Chinese cinemas both in and outside of China.

While the large Chinese markets are coveted by Hollywood, the commercial film industry within the People’s Republic of China has undergone rapid expansion since the 1990s. Its own production, distribution and exhibition capacities have increased exponentially in the past 20 years, producing box-office success both domestically and abroad.

This is an ideal book for students and researchers interested in Chinese and Asian Cinema, as well as for students studying topics such as World Cinema and Asian Studies.

1. The Deconstruction and Intensification of ‘China’, or Primitive Passions in Man of Tai Chi

2. Internationalising Memory: Traumatic Histories and the PRC’s Quest to Win an Oscar

3. Once Upon a Time in China and America: Transnational Storytelling and the Recent Films of Peter Chan

4. Mediating Trauma: The Nanjing Massacre, City of Life and Death, and Affect as Soft Power

7. Blurred lines? The dialectics of the margins and the mainstream in The Wedding Banquet (Ang Lee, 1993) and Saving Face (Alice Wu, 2004)

Part III: Woman in the Frame

10. The Grain of Jade: Woman, Repression, and Fei Mu’s Spring in a Small Town

13. A Chinese Diasporic Festival Film in the Making?: The Interesting Case of Ann Hui’s A Simple Life

Felicia Chan is a Lecturer in Screen Studies at the University of Manchester researching the construction of national, cultural and cosmopolitan imaginaries in film. She is also co-editor of Genre in Asian Film and Television: New Approaches (2011), founding member of the Chinese Film Forum UK, and author of the forthcoming Cosmopolitan Cinema.

Andy Willis is a Reader in Film Studies at the University of Salford, Senior Visiting Curator at HOME, Manchester and a founder member of the Chinese Film Forum UK. He is co-author of The Cinema of Alex de la Iglesia (2007), editor of Film Stars: Hollywood and Beyond (2004), co-editor of Spanish Popular Cinema (2004) and of East Asian Film Stars (2014).