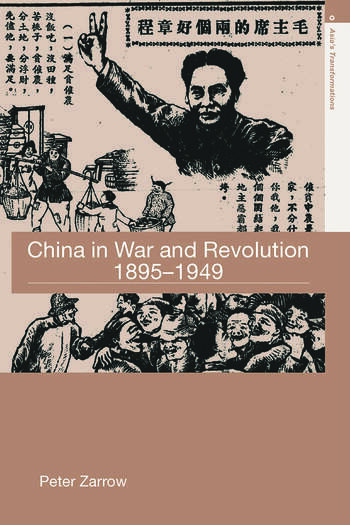 Providing historical insights essential to the understanding of contemporary China, this text presents a nation's story of trauma and growth during the early twentieth century. It explains how China's defeat by Japan in 1895 prompted an explosion of radical reform proposals and the beginning of elite Chinese disillusionment with the Qing government. The book explores how this event also prompted five decades of efforts to strengthen the state and the nation, democratize the political system, and build a fairer and more unified society.

Peter Zarrow weaves narrative together with thematic chapters that pause to address in-depth themes central to China's transformation. While the book proceeds chronologically, the chapters in each part examine particular aspects of these decades in a more focused way, borrowing from methodologies of the social sciences, cultural studies, and empirical historicism. Essential reading for both students and instructors alike, it draws a picture of the personalities, ideas and processes by which a modern state was created out of the violence and trauma of these decades.

Peter Zarrow is currently Associate Research Fellow at the Institute of Modern History, Academia Sinica,Taipei, having previously taught in the United States and Australia. His research focuses on the thought and culture of twentieth-century China, and he has authored works on Chinese anarchism, historiography, the 1911 Revolution, the Cultural Revolution, and other subjects.

'The book is both richly descriptive and highly analytical, breaking down discipline boundaries to provide a fuller picture of Chinese society during the late Qing and Republican periods.' - China Journal

'Innovative, vivid and engaging, this book provides an excellent basis for the ongoing study of the Chinese revolution.' - China Journal