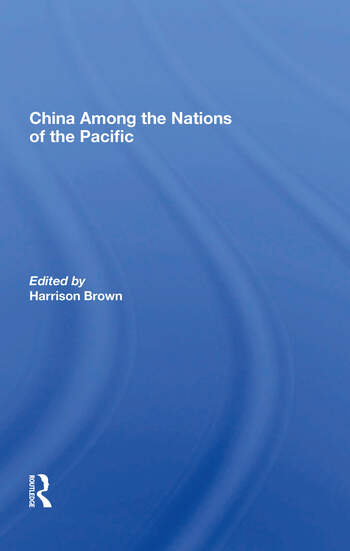 China Among The Nations Of The Pacific

On May 14, 1960, the East-West Center was officially created by the Congress of the United States. As a part of the celebration of the twentieth anniversary of this event, a symposium was held on May 19, 1980, at the National Academy of Sciences in Washington, D.C. The subject "China and the Nations of the Pacific" was selected because the theme for the anniversary year of the East-West Center had been established as "Building a Pacific Community." It has been suggested that international mechanisms for coming to grips with such interdependencies in the Pacific region as trade, investment, food, energy, and mineral commodities are inadequate. In response to such suggestions, hearings have been held in both houses of the Congress of the United States on the idea of a Pacific community. This symposium was organized as part of that general discussion. The contributors’ hope that the papers presented here will further stimulate thought and debate on the problems of the Pacific region.

l. The Chinese Economy in the 1980s, 2. China's New Social Fabric: Views of Inside from Outside, 3. The Great Triangle: China, the U.S.S.R., and Japan, 4. China's Food Prospects and Import Needs, 5. China's Population in Perspective, 6. China's Role in the Energy Development of Asia and the Pacific: The Next Twenty Years, 7. China's Maritime Jurisdictions: The Future of Offshore Oil and Fishing 8. Southeast Asia Looks at China.

Harrison Brown, director of the Resource Systems Institute of the East-West Center, is author of The Human Future Revisited (1978) and other books.

China Among The Nations Of The Pacific