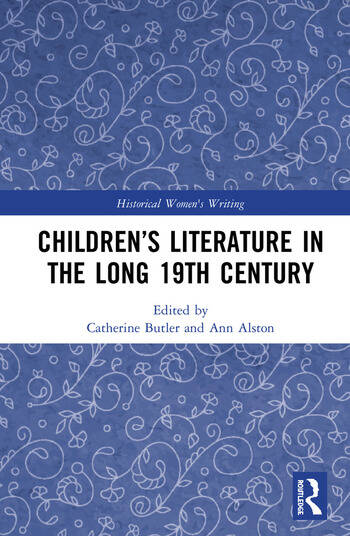 In this collection the multidimensional story of children’s literature in the formative period of the long nineteenth century is illuminated, questioned, and, in some respects, rewritten.

Children’s literature might be characterised as the love-child of the Enlightenment and the Romantic movements, and much of its history over the long nineteenth century shows it being defined, shaped, and co-opted by a variety of agents, each of whom has their own ambitions for it and for its child readership. Is children’s literature primarily a way of educating children in the principles of reason and morality? A celebration of the Rousseauesque child? A source of pleasure and entertainment? Women, both as writers and as nurturers involved at an intimate and daily level with the raising of children, recognised early and often very explicitly the multiple capacities of literature to provide entertainment, useful information, moral education and social training, and the occasionally conflicting nature of these functions.

1. The British Reception of Genlis’s Adèle et Théodore, Preceptive Fiction and the Professionalization of Handmade Literacies

2. The Metropolis and Female Citizenship in Mary Wollstonecraft’s Original Stories from Real Life

4. "How One Subject Springs Out of Another!": The Strickland Family and Early Nineteenth-Century Children’s Literature

5. "Marietza": An Example of Catherine Maria Sedgwick’S Depiction of the "Other" in Her Books for Children

6. American Woman: Feminine Speech and the Reformation of National Identity through Female Community in Louisa May Alcott’s An Old-Fashioned Girl

Catherine Butler is Senior Lecturer in English Literature at Cardiff University, UK, and the Editor of Children’s Literature in Education. Her latest book is Literary Studies Deconstructed (2018).

is Senior Lecturer in English Literature at the University of the West of England, Bristol, UK. She is the author of The Family in English Children’s Literature (2008) and co-editor of Roald Dahl (New Casebooks) (with Catherine Butler, 2012), and has also published essays on Roald Dahl’s children’s literature.