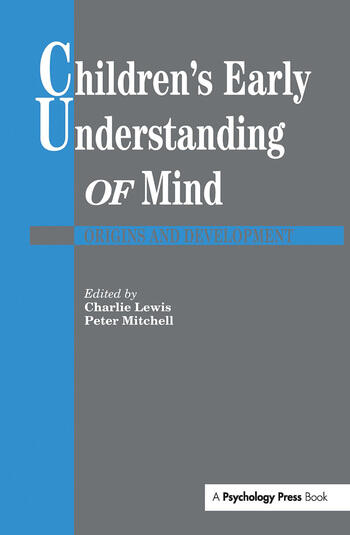 A major feature of human intelligence is that it allows us to contemplate mental life. Such an understanding is vital in enabling us to function effectively in social groups. This book examines the origins of this aspect of human intelligence.
The five sections attempt firstly, to place human development within an evolutionary context, focusing on the possibility of innate components of understanding. The second aim of the book is to examine the roles of early perception, pretence and communication as precursor skills in the development of a grasp of mental states. Thirdly, attention is given to the possibility that children know a good deal more about the mind than is apparent from many studies designed to probe their abilities. Taken together, the chapters in this book mark a new focus within a 'theory of mind' movement, examining a group of skills in infancy and early childhood which culminate towards the end of the preschool period in a more mature understanding of one's and others' mental states. Drawing together researchers from diverse theoretical positions, the aim is to work towards a coherent and unified account of this fundamental human abiity. This book will be of central relevance to psychologists and those in related disciplines, particularly education and philosophy.