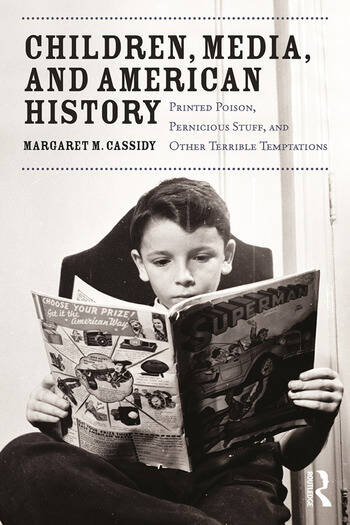 Printed poison. Pernicious stuff. Since the nineteenth century, these are some of the many concerned comments critics have made about media for children. From dime novels to comic books to digital media, Cassidy illustrates the ways children have used "old media" when they were first introduced as "new media." Further, she interrogates the extent to which different conceptions of childhood have influenced adults’ reactions to children’s use of media. Exploring the history of American children and media, this text presents a portrait of the way in which children and adults adapt to a constantly changing media environment.

Chapter 1: Children and Media in the Early United States

Chapter 3: Beyond Story Papers and Dime Novels: Flash and Fancy

Chapter 4: The Rise of Mass Media and Youth Culture in the Twentieth Century

Margaret M. Cassidy is Associate Professor in the Communications Department at Adelphi University, USA. She is the author of BookEnds: The Changing Media Environment of American Classrooms.

"This is an important book. In a measured, engaging, and deeply-researched analysis, Margaret Cassidy brings much-needed historical and corrective context to our current anxiety over how American children interact with media." –Howard Chudacoff, Brown University