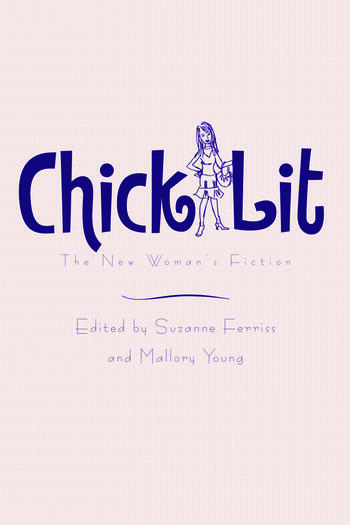 From the bestselling Bridget Jones's Diary that started the trend to the television sensation Sex and the City that captured it on screen, "chick lit" has become a major pop culture phenomenon. Banking on female audiences' identification with single, urban characters who struggle with the same life challenges, publishers have earned millions and even created separate imprints dedicated to the genre. Not surprisingly, some highbrow critics have dismissed chick lit as trashy fiction, but fans have argued that it is as empowering as it is entertaining.

This is the first volume of its kind to examine the chick lit phenomenon from a variety of angles, accounting for both its popularity and the intense reactions-positive and negative-it has provoked. The contributors explore the characteristics that cause readers to attach the moniker "chick" to a particular book and what, if anything, distinguishes the category of chick lit from the works of Jane Austen on one end and Harlequin romance novels on the other. They critique the genre from a range of critical perspectives, considering its conflicted relationship with feminism and postfeminism, heterosexual romance, body image, and consumerism. The fourteen original essays gathered here also explore such trends and subgenres as "Sistah Lit," "Mommy Lit," and "Chick Lit Jr.," as well as regional variations.

As the first book to consider the genre seriously, Chick Lit offers real insight into a new generation of women's fiction.

Suzanne Ferriss is Professor of English at Nova Southeastern University. She is co-author of A Handbook of Literary Feminisms and co-editor of two volumes on the cultural study of fashion: On Fashion and Footnotes: On Shoes.

Mallory Young is Professor of English and French at Tarleton State University.

"'The damned mob of scribbling women,' as Nathaniel Hawthorne labeled them, is at it again. Women writers have created a new genre called 'chick lit' that is ruffling the feathers of the literary establishment. In this pioneering book female critics take a serious look at what the genre has begotten thus far and consider its place in literary history, which has long cast a dubious eye on books written by women solely to please themselves and other women." -- Tania Modleski, author of Loving with a Vengeance: Mass-Produced Fantasies for Women

"Ferris and Young have put together a volume of intelligent, insightful, readable essays that go beyond current positive/negative judgments of chick lit to critically dissect its importance as cultural and historical phenomenon. While the fiction itself may pass for light entertainment, these analyses extract from its pages the serious, even discomfiting, issues that make its enormous readership of (mostly) young, post-feminist women such devoted fans. Scholars, students, and chick lit fans themselves will find in this book much to ponder and discuss." -- Leslie W. Rabine, author of Reading the Romantic Heroine and The Global Circulation of African Fashion

"Chick Lit: the New Women's Fiction offers a timely analysis of a new genre. With its scholarly approach and accessible style, it offers rich possibilities as a classroom text. Teachers of contemporary literature will value its discussions of generic traits and of relationships to canonized women writers including Jane Austen, Edith Wharton, and the Brontës. For cultural studies classrooms, it offers intriguing-and multicultural-meditations on commodity culture, body image, and postfeminism." -- Carol M. Dole, Professor of English, Ursinus College

"This work, rich and interesting from many points of view, has the merit of being the first to raise the curtain, without disdain or prejudice, on a new cultural product, a true media phenomenon that is still growing and shouldn't be overlooked." - Belphegor (translated from French)