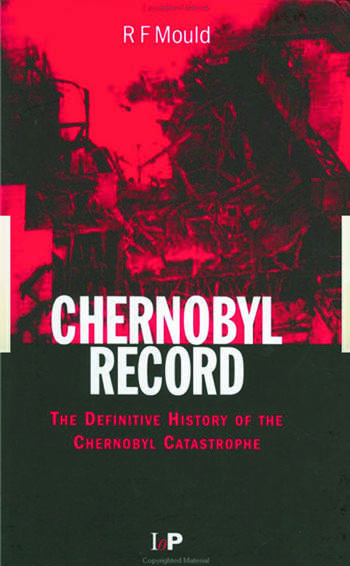 Chernobyl Record: The Definitive History of the Chernobyl Catastrophe

The nuclear accident at Chernobyl on April 26, 1986 had a heavy impact on life, health, and the environment. It caused agony to people in the Ukraine, Belarus, and Russia and anxiety far away from these countries. The economic losses and social dislocation were severe in a region already under strain. It is now possible to make more accurate assessments of these effects than it was in the first few years following the catastrophe.

An internationally known author, speaker, and medical physicist, Dr. Mould visited the Chernobyl Nuclear Power Station in December 1987 and in June 1998. Chernobyl Record: The Definitive History of the Chernobyl Catastrophe begins with a brief description of why the accident occurred and of eye witness accounts. The book then examines the early medical response and follow up of patients with acute radiation syndrome, including power plant workers and liquidators, the evacuation and resettlement, the current and future status of the sarcophagus, dose measurement and estimation methods, population doses, the contamination of the environment, psychological illness in adults and thyroid cancer in children, and the predicted cancer incidence in the 21st century, including leukemia and solid cancers.

Highly illustrated, the book includes color photographs of the early and late effects on the skin of firemen who fought the blaze, the control room where operators survived, the damage inside the sarcophagus, and the remaining radioactive fuel masses within the sarcophagus, such as the so-called "Elephant's Foot" mass for which samples were chipped off using Kalashnikov rifles. Authored by a member of the UK Government Delegation that attended the first post-accident conference in August 1986 at the IAEA in Vienna, the book also covers the accidents at Three Mile Island, Kyshtym, and Tokaimura; the effects of the Hiroshoma and Nagasaki atomic bombs; and information concerning the semi-palatinsk nuclear weapons test site in the former USSR.

"People in other countries begin to forget the disaster and so Chernobyl Record is very important because it reminds them of the effects the catastrophe had on Belarus and its people. It is a useful source of impartial information on Chernobyl and its consequences."
-Inessa Pleskachevskaya, First Secretary, Embassy of the Republic of Belarus in UK

"This book contains a comprehensive collection of facts, widely researched and well referenced, reflecting the autho's deep interest in the subject matter. No other similar concise account of the Chernobyl aftermath … is known to be available from elsewhere. The book offers a wealth of information, also to those generally well familiar with Chernobyl, and attracts the reader to open it and read it over and again. This book certainly belongs on the bookshelf of everybody interested in the Chernobyl NPP catastrophe and to persons professionally involved in work on nuclear and radiation safety."
-Dr. Frankz-Nikolasu Flakus, formerly Senior Officer of the International Atomic Energy Agency

"A strong contribution to understanding the Chernobyl catastrophe, the background against which it happened, the heroism of the emergency accident workers, and the radiation effects on surrounding human populations, food supplies, ground water, and forests. At a time when there is a danger of forgetting, this book provides a timely reminder that the unimaginable actually happened at Chernobyl."
-Professor John Surrey

"A truly monumental assembly of all that we have learned about the disaster, and a compendium of lessons which we forget at our peril."
-Professor Roger Berry

"It is readable to someone like myself who is not an expert in the field. The photographs, diagrams, and glossary of terms all helped to explain the scale of the disaster and the aftermath."
-Kate Sanders, British Institute of Radiology Library Manager 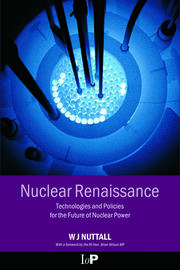 Nuclear Renaissance: Technologies and Policies for the Future of Nuclear Power 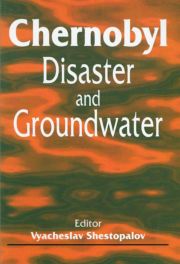 Chernobyl Record: The Definitive History of the Chernobyl Catastrophe