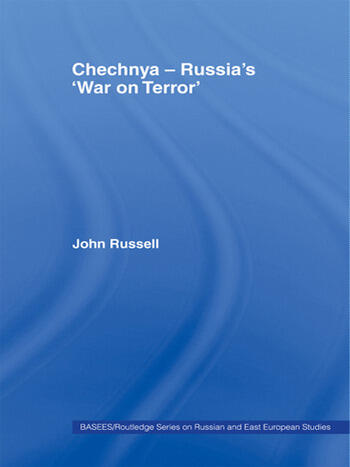 The Russo-Chechen conflict has been the bloodiest war in Europe since the Second World War. It continues to drag on, despite the fact that it hits the headlines only when there is some 'terrorist spectacular'.

Providing a comprehensive overview of the war and the issues connected with it, the author examines the origins of the conflict historically and traces how both sides were dragged inexorably into war in the early 1990s. The book discusses the two wars (1994-96 and 1999 to date), the intervening truce and shows how a downward spiral of violence has led to a mutually-damaging impasse from which neither side has been able to remove itself. It applies theories of conflict, especially theories of terrorism and counter-terrorism and concludes by proposing some alternative resolutions that might lead to a just and lasting peace in the region.

A Tragic History: Unresolved conflicts in the Russo-Chechen relationship

Demonisation in the Russo-Chechen confrontation

John Russell is a Senior Lecturer in Russian Studies and Peace Studies at the University of Bradford.