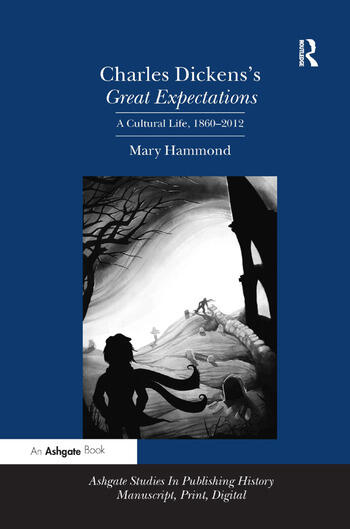 Great Expectations has had a long, active and sometimes surprising life since its first serialized appearance in All the Year Round between 1 December 1860 and 3 August 1861. In this new publishing and reception history, Mary Hammond demonstrates that while Dickens’s thirteenth novel can tell us a great deal about the dynamic mid-Victorian moment into which it was born, its afterlife beyond the nineteenth-century Anglophone world reveals the full extent of its versatility. Re-assessing generations of Dickens scholarship and using newly discovered archival material, Hammond covers the formative history of Great Expectations' early years, analyses the extent and significance of its global reach, and explores the ways in which it has functioned as literature and stage, TV, film and radio drama from its first appearance to the latest film version of 2012. Appendices include contemporary reviews and comprehensive bibliographies of adaptations and translations. The book is a rich resource for scholars and students of Dickens; of comparative literature; and of publishing, readership, and media history.

Mary Hammond is Associate Professor of Nineteenth-Century Literature and Culture at the University of Southampton, UK. She is the author of a number of books and articles on nineteenth-century book history including Reading, Publishing and the Formation of Literary Taste, 1880-1914 (Ashgate, 2006).

’Hammond (Univ. of Southampton, UK) provides valuable insights as she surveys the existence of Great Expectations in editions and adaptations from the time of its publication into the second decade of the 21st century. ... Carefully researched and meticulously documented, this study follows the novel’s fortunes as it endured a stretch of unpopularity and finally emerged as an international literary icon. The extremely useful appendixes include a select list of British and American editions, largely focusing on the first 50 years of the publishing history; a list of translations into 47 languages; stage, radio, film, and television adaptations to 2012; and 39 contemporaneous reviews from British and American periodicals, half during the serialization. Required reading for Dickensians, the book will also be valuable for those interested in the history of publishing and media. ... Highly recommended.’ Choice 'Mary Hammond's study of the afterlives of Great Expectations is an excellent, deeply researched cultural history, full of new information about the reception, re-mediation, global circulation and impact of what is often seen as, but turns out not always to have been, Dickens's signature novel'. John O. Jordan, University of California, Santa Cruz, USA ’Great expectations are here fulsomely rewarded. Hammond’s sprightly exposition combines prodigious research with acute interpretation. The combination yields many surprises and revisions of the story of Dickens’s reception and re-mediation over the last 150 years. Not to be missed by anyone interested in book and media history’. Robert L. Patten, Rice University, USA 'Mary Hammond's enormously entertaining and vivid book ... approaches the novel from a variety of angles, all of them illuminating ... She gives a detailed and humorous account of the history of its reception ... Great Expectations has meant a lot of different things in its 150-odd years, and no one has teased out so many of them so accurately.