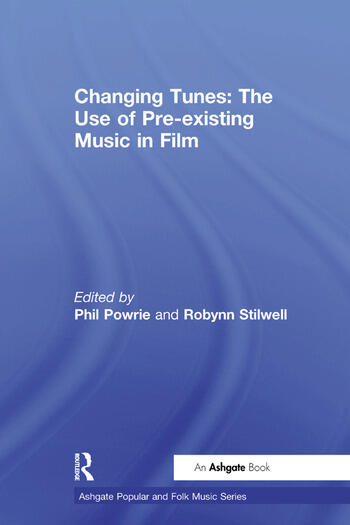 Changing Tunes: The Use of Pre-existing Music in Film

The study of pre-existing film music is now a well-established part of Film Studies, covering 'classical' music and popular music. Generally, these broad musical types are studied in isolation. This anthology brings them together in twelve focused case studies by a range of scholars, including Claudia Gorbman, Jeongwon Joe, Raymond Knapp, and Timothy Warner. The first section explores art music, both instrumental and operatic; it revolves around the debate on the relation between the aural and visual tracks, and whether pre-existing music has an integrative function or not. The second section is devoted to popular music in film, and shows how very similar the functions of popular music in film are to the supposedly more 'elite' classical music and opera. Case studies in part 1: Eyes Wide Shut, Raging Bull, Brief Encounter, Détective, The Godfather Part III, three versions of the Carmen story (DeMille's, Preminger's and Rosi's), Amadeus, The Birth of a Nation, M: Eine Stadt sucht einen MÃ¶rder, Needful Things, Rat Race. Case studies in part 2: various films by AlmodÃ³var, Young Frankenstein, Pulp Fiction, Trainspotting, Amélie, High Fidelity, Ghost World, Heavenly Creatures, The Virgin Suicides, and the video Timber by Coldcut.

’...exemplifies how to explore film music in a way that is understandable to a broad reading (and film) audience... Recommended.’ Choice 'There is much of interest here to the popular reader...' MusicWeb '... the anthology [...] provides not only the most extensive treatment of the subject to date but also the most convincing proof of the topic's significance and intrinsically interdisciplinary, collaborative nature.' Current Musicology ’... contains a large amount of imaginative, relevant and penetrating scholarship... the success of this volume is attributable in part to its breadth of considerations; each essay is a thoughtful account complementing the others and, usefully, virtually every essay models a different approach that might be reapplied to wholly different material. Changing Tunes is thus both self-contained and suggestive, giving it a sense of vitality and permanency.’ Screen 48:2 ’... Changing Tunes is a landmark as the first major exploration of both classical and popular pre-existing music in cinema... The volume will find a favoured place on the shelves of musicologists working on film and of scholars in other fields who engage with film music in their research.’ Music and Letters

Changing Tunes: The Use of Pre-existing Music in Film