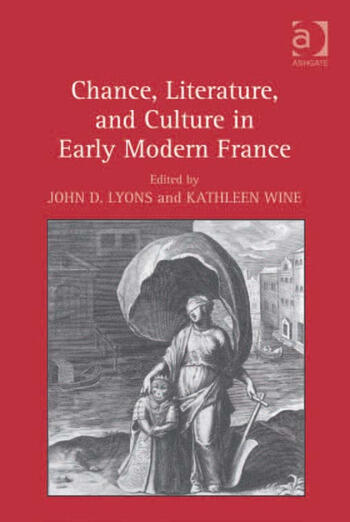 In the Renaissance and early modern periods, there were lively controversies over why things happen. Central to these debates was the troubling idea that things could simply happen by chance. In France, a major terrain of this intellectual debate, the chance hypothesis engaged writers coming from many different horizons: the ancient philosophies of Epicurus, the Stoa, and Aristotle, the renewed reading of the Bible in the wake of the Reformation, a fresh emphasis on direct, empirical observation of nature and society, the revival of dramatic tragedy with its paradoxical theme of the misfortunes that befall relatively good people, and growing introspective awareness of the somewhat arbitrary quality of consciousness itself. This volume is the first in English to offer a broad cultural and literary view of the field of chance in this period. The essays, by a distinguished team of scholars from the U.S., Britain, and France, cluster around four problems: Providence in Question, Aesthetics and Poetics of Chance, Law and Ethics, and Chance and its Remedies. Convincing and authoritative, this collection articulates a new and rich perspective on the culture of sixteenth- and seventeenth-century France.