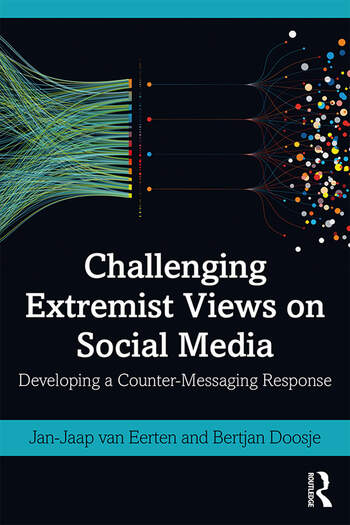 This book is a timely and significant examination of the role of counter-messaging via social media as a potential means of preventing or countering radicalization to violent extremism.

In recent years, extremist groups have developed increasingly sophisticated online communication strategies to spread their propaganda and promote their cause, enabling messages to be spread more rapidly and effectively. Counter-messaging has been promoted as one of the most important measures to neutralize online radicalizing influences and is intended to undermine the appeal of messages disseminated by violent extremist groups. While many such initiatives have been launched by Western governments, civil society actors, and private companies, there are many questions regarding their efficacy.

Focusing predominantly on efforts countering Salafi-Jihadi extremism, this book examines how feasible it is to prevent or counter radicalization and violent extremism with counter-messaging efforts. It investigates important principles to consider when devising such a program. The authors provide both a comprehensive theoretical overview and a review of the available literature, as well as policy recommendations for governments and the role they can play in counter-narrative efforts.

As this is the first book to critically examine the possibilities and pitfalls of using counter-messaging to prevent radicalization or stimulate de-radicalization, it is essential reading for policy makers and professionals dealing with this issue, as well as researchers in the field.

Chapter 6: The role of the government

Jan-Jaap van Eerten is a Researcher at Labyrinth Research and Consultancy in Utrecht, the Netherlands. He received his Master’s degrees in Islam in the Modern World and Conflict Studies and Human Rights from the University of Utrecht in 2012 and 2013, respectively. From 2015 to 2017 he conducted research into the utility of social media counter-narrative programs for radicalization prevention and de-radicalization as part of the research team of Bertjan Doosje at the University of Amsterdam.