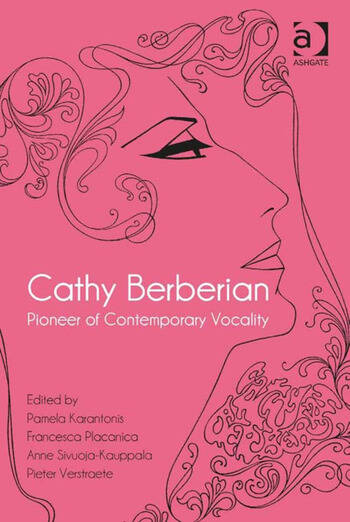 Cathy Berberian (1925-1983) was a vocal performance artist, singer and composer who pioneered a way of composing with the voice in the musical worlds of Europe, North America and beyond. As a modernist muse for many avant-garde composers, Cathy Berberian went on to embody the principles of postmodern thinking in her work, through vocality. She re-defined the limits of composition and challenged theories of the authorship of the musical score. This volume celebrates her unorthodox path through musical landscapes, including her approach to performance practice, gender performativity, vocal pedagogy and the culturally-determined borders of art music, the concert stage, the popular LP and the opera industry of her times. The collection features primary documentation-some published in English for the first time-of Berberian’s engagement with the philosophy of voice, new music, early music, pop, jazz, vocal experimentation and technology that has come to influence the next generation of singers such as Theo Bleckmann, Susan Botti, Joan La Barbara, Rinde Eckert Meredith Monk, Carol Plantamura, Candace Smith and Pamela Z. Hence, this timely anthology marks an end to the long period of silence about Cathy Berberian’s championing of a radical rethinking of the musical past through a reclaiming of the voice as a multifaceted phenomenon. With a Foreword by Susan McClary.

Pamela Karantonis is Senior Lecturer in Voice at Bath Spa University, UK. She is a Convenor of the Music Theatre Working Group of The International Federation for Theatre Research. She is joint editor and contributing author for Opera Indigene: Re/presenting First Nations and Indigenous Cultures (Ashgate, 2011) and The Legacy of Opera (2013). Francesca Placanica lectures in the Department of Music at the National University of Ireland, Maynooth, after completing her PhD in 2013 at the University of Southampton, UK, as part of the FICTOS (Franco-Italian Cultural Transfers in Opera and Song 1800-1850) project, under the tutelage of Professor Mark Everist and Dr. Francesco Izzo. Her Masters dissertation Cathy Berberian: Performance as Composition included research at Cathy Berberian’s personal archive in Los Angeles at the invitation of Berberian’s daughter, Cristina Berio. Anne Sivuoja-Kauppala is Professor of Music Performance Research at the Sibelius Academy in Finland. Her publications include Narrating with Twelve Tones. Einojuhani Rautavaara's First Serial Period ca. 1957-1965 (1997) and a book on Kaija Saariaho’s music. She co-edited Opera on the Move in the Nordic Countries during the Long 19th Century (2012). Pieter Verstraete is a Research Fellow at Bilgi University Istanbul. His interdisciplinary research encompasses sound, acts of listening, the disembodied voice and aurality. He has published in Performance Research, Sonic Mediations (2008) and Theatre Noise (2011), and has also co-edited Inside Knowledge (2009).

’Primary source documents, some published in English for the first time, illuminate Berberian’s engagement with voice philosophy, new music, vocal experimentation and technology.’ Opera America 'The scope of Berberian's work is only now beginning to be understood, and this volume does much to introduce new and interesting pathways through and from her legacy.' American Record Guide ’... should be of vital interest to a wide readership amongst today’s young singers’. Singing - Journal of the Association of Teachers of Singing