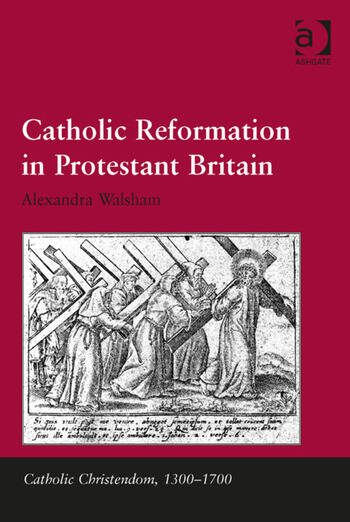 The survival and revival of Roman Catholicism in post-Reformation Britain remains the subject of lively debate. This volume examines key aspects of the evolution and experience of the Catholic communities of these Protestant kingdoms during the sixteenth and seventeenth centuries. Rejecting an earlier preoccupation with recusants and martyrs, it highlights the importance of those who exhibited varying degrees of conformity with the ecclesiastical establishment and explores the moral and political dilemmas that confronted the clergy and laity. It reassesses the significance of the Counter Reformation mission as an evangelical enterprise; analyses its communication strategies and its impact on popular piety; and illuminates how Catholic ritual life creatively adapted itself to a climate of repression. Reacting sharply against the insularity of many previous accounts, this book investigates developments in the British Isles in relation to wider international initiatives for the renewal of the Catholic faith in Europe and for its plantation overseas. It emphasises the reciprocal interaction between Catholicism and anti-Catholicism throughout the period and casts fresh light on the nature of interconfessional relations in a pluralistic society. It argues that persecution and suffering paradoxically both constrained and facilitated the resurgence of the Church of Rome. They presented challenges and fostered internal frictions, but they also catalysed the process of religious identity formation and imbued English, Welsh and Scottish Catholicism with peculiar dynamism. Prefaced by an extensive new historiographical overview, this collection brings together a selection of Alexandra Walsham's essays written over the last fifteen years, fully revised and updated to reflect recent research in this flourishing field. Collectively these make a major contribution to our understanding of minority Catholicism and the Counter Reformation in the era after the Council of Trent.

Alexandra Walsham is Professor of Modern History at Cambridge and a Fellow of Trinity College. She has been a Fellow of the Royal Historical Society since 1999 and was elected a Fellow of the British Academy in 2009. She is co-editor, with Steve Smith, of the journal Past and Present, is Vice-President of the Royal Historical Society, a member of the British Academy's Central Research Awards Committee and has served as a panel member and chair for Arts and Humanities Research Council. She is the author of numerous books and articles, including Church Papists (Royal Historical Society Studies in History, 1993), Providence in Early Modern England (OUP, 1999), Charitable Hatred (MUP, 2006) and The Reformation of the Landscape (OUP, 2011).

’Alexandra Walsham gave us a richly detailed and intelligently nuanced account of the ways in which the ruins, wells, hedgerows and improvised shrines of the British isles were used as sacred sites in the post-Reformation period. ...Walsham’s characteristics as an historian include a mastery of a prodigious range of primary and secondary sources, the use of myriad examples and micro-narratives to qualify her and other historians’ grand narratives, and a sympathetic but unsentimental engagement with the spiritual lives of early-modern Catholics. Rounded off with a 70-page bibliography, this magisterial book will be an invaluable resource for generations of scholars.’ Seventeenth Century 'Every essay in this collection features text and language both scholarly and easy on the eye; each has a pleasing flow, which not only enhances the academic value of the work but also solidifies Walsham’s reputation as a major voice in the revision of early modern British Catholic studies.' Renaissance & Reformation 'We should be grateful to Ashgate for publishing this collection of twelve of Alexandra Walsham's articles. ... Anyone interested in the history of Catholicism in England and Wales will find this an invaluable work.' Journal of Jesuit Studies 'This volume, then, the fruit of around two decades of research, has much to offer to both students of early modern English and Dutch Catholicism.' Jaap Geraerts, Trajecta 'This volume will appeal to a wide range of readers and is an invaluable resource, boosted by an extensive historiographical survey and a thorough bibliography. Presenting a summary of existing and better-known topics in the wider field of 'recusant history', the book also presents a range of new contributions and new perspectives, and will be an essential work for those who study post-Reformation Catholicism in the British Isles, from students to seasoned professionals.' The History of Women Religious of Britain and Ireland