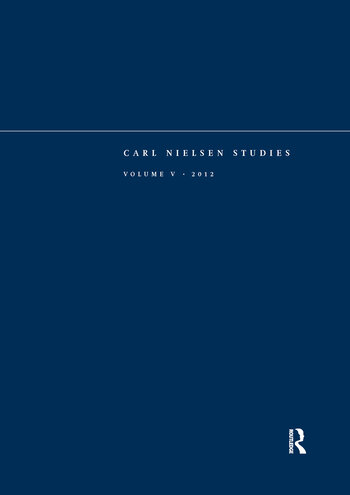 This is the fifth volume of Carl Nielsen Studies which is an annual publication issuing from the Royal Library of Denmark, also home to the Carl Nielsen edition. Carl Nielsen's status as one of the twentieth-century's foremost composers is now well-established. These volumes provide a forum for the spectrum of historical, analytical and aesthetic approaches to the study of Nielsen's music from an international line-up of contributors. In addition, each volume features reviews and reports on current Nielsen projects and an updated Nielsen bibliography, making Carl Nielsen Studies the most important source for up-to-the minute research on the composer and his work. Carl Nielsen Studies is distributed outside Scandinavia by Ashgate; distribution within Scandinavia is handled by The Royal Library, Copenhagen, PB 2149, DK 1016 K, Denmark.

Niels Krabbe is Head of the Carl Nielsen Edition at The Royal Library of Denmark, Copenhagen, Denmark.