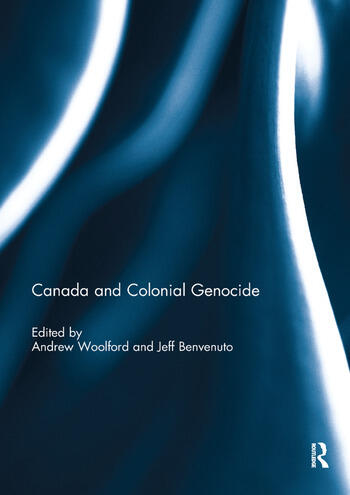 Settler colonialism in Canada has traditionally been portrayed as a gentler, if not benevolent, colonialism—especially in contrast to the Indian Wars in the United States. This national mythology has penetrated into comparative genocide studies, where Canadian case studies are rarely discussed in edited volumes, genocide journals, or multi-national studies. Indeed, much of the extant literature on genocide in Canada rests at the level of self-justification, whereby authors draw on the U.N Genocide Convention or some other rubric to demonstrate that Canadian genocides are a legitimate topic of scholarly concern.
In recent years, however, discussion of genocide in Canada has become more pronounced, particularly in the wake of the findings of the Truth and Reconciliation Commission of Canada. This volume contributes to this ongoing discourse, providing scholarly analyses of the multiple dimensions or processes of colonial destruction and their aftermaths in Canada. Various acts of genocidal violence are covered, including residential schools, repressive legal or governmental controls, ecological destruction, and disease spread. Additionally, contributors draw comparisons to patterns of colonial destruction in other contexts, examine the ways in which Canada has sought to redress and commemorate colonial harms, and present novel theoretical and conceptual insights on colonial/settler genocides in Canada. This book was previously published as a special issue of the Journal of Genocide Research.

4. Settler colonialism in Canada and the Métis
Tricia Logan

5. Not told by victims: genocide-as-story in Aboriginal prison writings in Canada, 1980–96
Seth Adema

Andrew Woolford is professor of sociology at the University of Manitoba and president of the International Association of Genocide Scholars. He is author of This Benevolent Experiment Indigenous Boarding Schools, Genocide, and Redress in Canada and the United States and Between Justice and Certainty: Treaty-Making in British Columbia.

is a PhD candidate at Rutgers University, completing a dissertation on cultural genocide and Indigenous rights discourse.