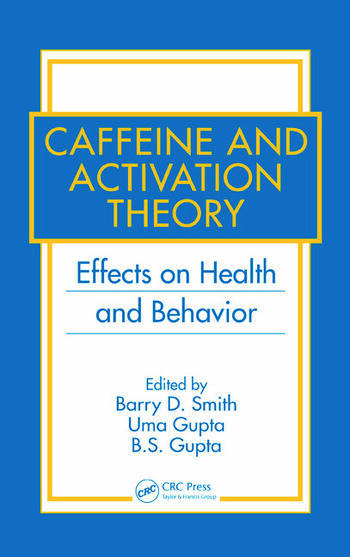 Caffeine and Activation Theory: Effects on Health and Behavior

The virtually universal popularity of caffeine, together with concerns about its potential pathogenic effects, have made it one of the most extensively studied drugs in history. However, despite the massive scientific literature on this important substance, most reviews have either focused on limited areas of study or been produced in popular form by individuals with surprisingly little relevant scientific background.

Caffeine and Activation Theory: Effects on Health and Behavior brings together the leading experts from seven different countries to provide researchers and clinicians with the most comprehensive and balanced review of the scientific literature on the effects of caffeine found anywhere. It devotes unprecedented coverage to the impact of caffeine on cardiovascular functioning and pathology, details the pharmacological properties and neurophysiological effects of the drug, and thoroughly reviews literature concerned with the role of this powerful stimulant in mood, task performance, and psychopathology. This important new book is also the first source to provide an integrative scientific treatment of the effects of caffeine consumption on menstrual endocrinology and pathology, as well as on reproduction. Rounding out the coverage is a thorough review of emerging research on the possible benefits of caffeine and catechins in green and black teas.

The highly integrative final chapter provides a clear understanding of what is known about the effects of caffeine, identifies specific areas in which further research is needed, and provides important methodological guidelines that promise to optimize future research endeavors. Filling the need for a current comprehensive resource, this volume provides extensive reviews of the major bodies of literature on caffeine, stimulates and guides future research, and provides clinicians with the information they need to understand, diagnose, and treat the effects of caffeine consumption in their patients.

Barry Smith is professor of psychology and director of the Laboratory of Human Psychophysiology at the University of Maryland, College Park, Maryland, where he has also served as acting chair of the department, associate chair, and director of graduate studies. He received his B.S. degree at Pennsylvania State University and his Ph.D. at the University of Massachusetts at Amherst. He has authored or edited nine books and numerous journal articles and book chapters and served on review panels and study sections at the National Science Foundation, the Office of Naval Research, and the National Aeronautics and Space Administration. Dr. Smith has been a consulting or associate editor for a number of journals. His interests are centered in the field of arousal, where he has developed and tested his own theory. This work has included numerous studies of the effects of caffeine on neurophysiological and cardiovascular functioning, as well as cognition, emotion, personality, and behavior. Uma Gupta is a research scientist in the Department of Basic Principles, Institute of Medical Sciences, Banaras Hindu University, Varanasi, India. She received her M.A., M.Phil., and Ph.D. degrees in psychology from Meerut University, Meerut, India. She has completed a number of research projects sponsored by the Indian Council of Social Science Research and the University Grants Commission, New Delhi. She has coedited three books: Advances in Psychopharmacology, Neuropsychology & Psychiatry , Readings in Environmental Toxicology and Social Ecology , and Caffeine and Behavior: Current Views and Research Trends . Dr. Gupta has coauthored one book, Psycho-educative Dynamics of Indian Classical Music , and published numerous research articles and book chapters. She is the coeditor of Pharmachopsychoecologia . Her research currently focuses on behavioral (especially in cognitive and affective domains) effects of caffeine intake, caffeinism, psychodynamics of music, music therapy, and environmental schematization. B. S. Gupta is a retired professor of psychology from Banaras Hindu University, Varanasi, India. He received his M.A. and Ph.D. degrees from the Department of Psychology at Panjab University, Chandigarh, India. Before moving to Banaras Hindu University, he taught at Meerut University in Meerut and Guru Nanak Dev University in Amritsar, India. Dr. Gupta has published numerous research articles and book chapters. He has served as consulting or advisory editor on a number of journals, including the International Journal of Psychology. He is now the coeditor of Pharmacopsychoecologia and president of the Pharmacopsychoecological Association. 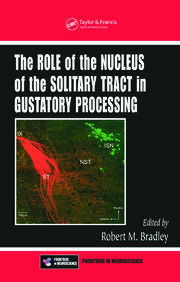 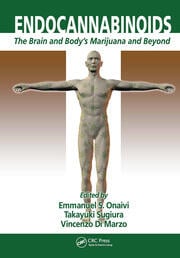 Endocannabinoids: The Brain and Body's Marijuana and Beyond 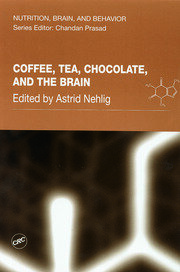 Coffee, Tea, Chocolate, and the Brain

Caffeine and Activation Theory: Effects on Health and Behavior