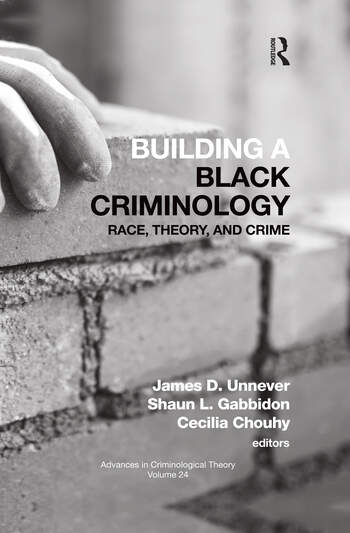 In light of the Black Lives Matter movement and protests in many cities, race plays an ever more salient role in crime and justice. Within theoretical criminology, however, race has oddly remained on the periphery. It is often introduced as a control variable in tests of theories and is rarely incorporated as a central construct in mainstream paradigms (e.g., control, social learning, and strain theories). When race is discussed, the standard approach is to embrace the racial invariance thesis, which argues that any racial differences in crime are due to African Americans being exposed to the same criminogenic risk factors as are Whites, just more of them. An alternative perspective has emerged that seeks to identify the unique, racially specific conditions that only Blacks experience. Within the United States, these conditions are rooted in the historical racial oppression experienced by African Americans, whose contemporary legacy includes concentrated disadvantage in segregated communities, racial socialization by parents, experiences with and perceptions of racial discrimination, and disproportionate involvement in and unjust treatment by the criminal justice system.

Importantly, racial invariance and race specificity are not mutually exclusive perspectives. Evidence exists that Blacks and Whites commit crimes for both the same reasons (invariance) and for different reasons (race-specific). A full understanding of race and crime thus must involve demarcating both the general and specific causes of crime, the latter embedded in what it means to be "Black" in the United States. This volume seeks to explore these theoretical issues in a depth and breadth that is not common under one cover. Again, given the salience of race and crime, this volume should be of interest to a wide range of criminologists and have the potential to be used in graduate seminars and upper-level undergraduate courses.

6. The Cost of Racial Inequality Revisited: An Excursion in the Sociology of Knowledge - Steven F. Messner and Brian J. Stults

7. Code of the Street: Elijah Anderson and Beyond - Kristin Swartz and Pamela Wilcox

13. The Paradox of a Black Incarceration Boom in an Era of Declining Black Crime: Causes and Consequences  - Ojmarrh Mitchell

James D. Unnever is a Professor of Criminology at the University of South Florida Sarasota-Manatee.

Cecilia Chouhy is an Assistant Professor in the College of Criminology and Criminal Justice at the Florida State University.