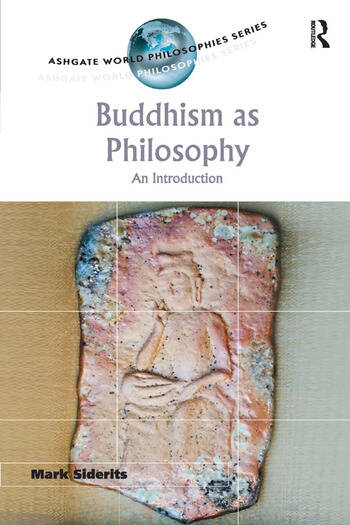 Buddhism as Philosophy: An Introduction

There has been a recent upsurge in interest in Buddhist philosophy, but there is as yet no satisfactory text on the subject. Buddhism as Philosophy fills that void. Unlike other texts that serve to introduce Buddhist thought, it is written by a philosopher and it shows how the Buddhist tradition deals with the same sorts of problems that get treated in Western philosophy and employs the same sorts of methods. This book does more than just report what Buddhist philosophers said; it presents the arguments of the Buddhist philosophers, in their own words, and it invites the reader to assess their overall cogency. In short, Buddhism as Philosophy investigates the Buddhist tradition by way of the characteristically philosophical concern for finding out the truth about complicated matters in metaphysics, epistemology and ethics.

Mark Siderits is Professor in the Department of Philosophy at Illinois State University, USA.

'In my own attempts to teach Asian philosophy to American undergraduates, I have often felt the lack of a book like this one. To my knowledge, no other text leads students to question critically the assertions of Buddhist philosophers and to evaluate the arguments for them. Moreover, existing books often include only a few short selections from original Buddhist texts. This volume provides students with the opportunity to wrestle with the richness and complexity of the primary sources. Mark Siderits [is] one of the most important scholars of Buddhism in the world. No living author has done more to make Buddhist ideas intelligible and relevant to contemporary debates in analytic philosophy.' Charles Goodman, Binghamton University, USA 'There has long been a great need for a book like this one. Siderits shows the grace of a wonderful teacher and hits exactly the right tone for his intended audiences. [He] moves easily between the Buddhist schools of thought and Western philosophical traditions. The coverage of schools and problems is, moreover, exactly right. I can think of no other field of such great interest that lacks such an obviously needed resource. Siderits’ book fills that gap.' Owen Flanagan, Duke University, USA '[Both] philosophical and analytic, this book is superb...The quality of the writing, its elegance and clarity, is very high. Technical vocabulary is used as needed but always carefully explained.' Bryan W. Van Norden,Vassar College, USA ’Favouring philosophical clarity over chronology, (Siderits) introduces the main currents of thought in the Buddhist philosophical tradition, probing their theses and arguments for inconsistencies, often offering multiple interpretations. ...He exhibits a comprehensive grasp of Buddhist thought and practice as a whole and never leaves out of sight the ethical and soteriological implications and motivations of the doctrines that he discusses. His presentation has the smooth texture of explanations that have e

Buddhism as Philosophy: An Introduction