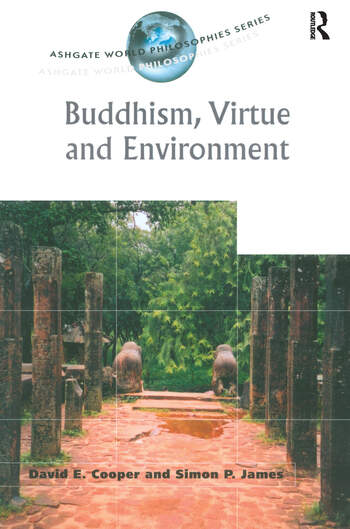 Buddhism, one increasingly hears, is an 'eco-friendly' religion. It is often said that this is because it promotes an 'ecological' view of things, one stressing the essential unity of human beings and the natural world. Buddhism, Virtue and Environment presents a different view. While agreeing that Buddhism is, in many important respects, in tune with environmental concerns, Cooper and James argue that what makes it 'green' is its view of human life. The true connection between the religion and environmental thought is to be found in Buddhist accounts of the virtues - those traits, such as compassion, equanimity and humility, that characterise the life of a spiritually enlightened individual. Central chapters of this book examine these virtues and their implications for environmental attitudes and practice. Buddhism, Virtue and Environment will be of interest not only to students and teachers of Buddhism and environmental ethics, but to those more generally engaged with moral philosophy. Written in a clear and accessible style, this book presents an original conception of Buddhist environmental thought. The authors also contribute to the wider debate on the place of ethics in Buddhist teachings and practices, and to debates within 'virtue ethics' on the relations between human well-being and environmental concern.

’Carefully documented and well argued, Buddhism, Virtue and Environment pleads for, as the title suggests, an 'environmentally friendly' Buddhism precisely because of its particular kind of virtue ethics (centered on its goals of 'nirvanic felicity' and enlightenment). This volume should be useful to Buddhist scholars, moral philosophers, and all those concerned with the intellectual histories underpinning the current environmental crisis.’ Sophia