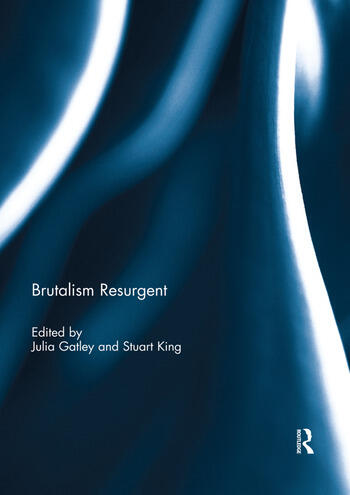 Brutalism had its origins in béton brut – concrete in the raw – and thus in the post-war work of Le Corbusier. The British architects Alison and Peter Smithson used the term "New Brutalism" from 1953, claiming that if their house in Soho had been built, "it would have been the first exponent of the ‘New Brutalism’ in England". Reyner Banham famously gave the movement a series of characteristics, including the clear expression of a building’s structure and services, and the honest use of materials in their "as-found" condition. The Smithsons and Banham promoted the New Brutalism as ethic rather than aesthetic, privileging truth to structure, materials and services and the gritty reality of the working classes over the concerns of the bourgeoisie. But Brutalist architecture changed as it was taken up by others, giving rise to more sculptural buildings flaunting their raw materials, including off-form concrete, often in conjunction with bold structural members. While Brutalism fell out of vogue in the 1980s, recent years have seen renewed admiration for it. This volume is consistent with this broader resurgence, presenting new scholarship on Brutalist architects and projects from Skopje to Sydney, and from Harvard to Haringey. It will appeal to readers interested in twentieth-century architecture, and modern and post-war heritage. This book was originally published as a special issue of Fabrications: the Journal of the Society of Architectural Historians, Australia and New Zealand.

2. Brutalism, Metabolism and its American Parallel Encounters in Skopje and in the Architecture of Georgi Konstantinovski
Mirjana Lozanovska

3. Bringing It All Home: Robin Boyd and Australia’s Embrace of Brutalism, 1955–71
Philip Goad

4. Finding Brutalism in the Architecture of John Andrews
Paul Walker and Antony Moulis

5. Aesthetics as a Practical Ethic Situating the Brutalist Architecture of the Sirius
Apartments, 1975–80
Russell Rodrigo

Julia Gatley is Head of the School of Architecture and Planning at the University of Auckland, New Zealand. She has written widely on twentieth-century New Zealand architecture, particularly modernism, and is Chair of DOCOMOMO New Zealand.

is Programme Director (Architecture) in the School of Architecture and Design at the University of Tasmania, Australia. He writes on Australian architecture, and represents interests in heritage and conservation on the Tasmanian Heritage Council.