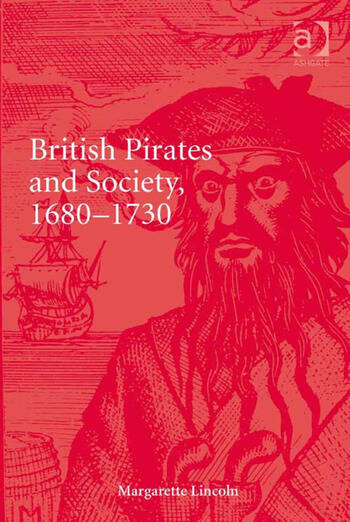 This book shows how pirates were portrayed in their own time, in trial reports, popular prints, novels, legal documents, sermons, ballads and newspaper accounts. It examines how attitudes towards them changed with Britain’s growing imperial power, exploring the interface between political ambition and personal greed, between civil liberties and the power of the state. It throws light on contemporary ideals of leadership and masculinity - some pirate voyages qualifying as feats of seamanship and endurance. Unusually, it also gives insights into the domestic life of pirates and investigates the experiences of women whose husbands turned pirate or were captured for piracy. Pirate voyages contributed to British understanding of trans-oceanic navigation, patterns of trade and different peoples in remote parts of the world. This knowledge advanced imperial expansion and British control of trade routes, which helps to explain why contemporary attitudes towards piracy were often ambivalent. This is an engaging study of vested interests and conflicting ideologies. It offers comparisons with our experience of piracy today and shows how the historic representation of pirate behaviour can illuminate other modern preoccupations, including gang culture.

Dr Margarette Lincoln is Deputy Director and Director of Research and Collections at the National Maritime Museum, part of Royal Museums Greenwich, London. Before taking up a museum career she was an academic and has published widely in eighteenth-century studies. Her books include Representing the Navy: British Sea Power 1750-1815 (2002), Naval Wives and Mistresses 1745-1815 (2007), and the catalogue for the Museum’s special exhibition, Nelson & Napoléon, edited in 2005. She was a trustee of the London Library from 2009 to 2013.

’British Pirates and Society 1680-1730 is a captivating and meticulously researched work of social history, which brings to life varied perspectives of the time. [...]The book is highly recommended to anyone at all interested in the subject. Margarette Lincoln is an outstanding stylist and this will be a gratifying read for specialists and non-specialists alike.’ LSE Review of Books 'Rather than focusing on a particular aspect of the society, Lincoln describes perspectives from a variety of classes, those who associated with the pirates in some fashion and others that wished them eradicated. Her choice of covering the most prolific period in pirate history deftly demonstrates how popular opinions and attitudes concerning these rogues changed with the passing of time. This compelling and significant study also allows readers to view contemporary perspectives from many arenas, rather than simply focusing on the legal or commercial aspects. Highly recommended.' Pirates and Privateers ’... offer[s] substantial insight into the period even for those well versed in pirate history. This engaging history is complemented by 14 black-and-white illustrations and 8 color plates, a bibliography strong on primary sources, and a thorough index. Summing Up: Recommended. All levels/libraries.’ Choice