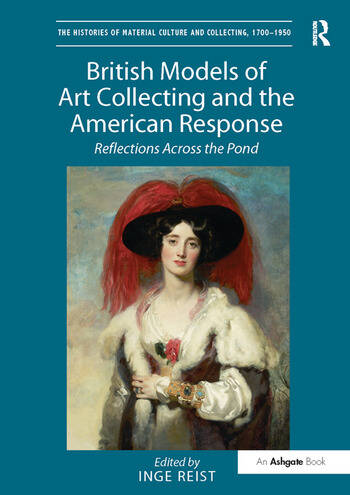 British Models of Art Collecting and the American Response: Reflections Across the Pond

British Models of Art Collecting and the American Response - Reflections Across the Pond presents 14 essays by distinguished art - and cultural - historians. Collectively, they examine points of similarity and difference in the approaches to art collecting practiced in Britain and the United States. Unlike most of their Continental European counterparts, the English and Americans have historically been exceptionally open to collecting the art made by and for other cultures. At the same time, they developed a tradition of opening private collections to a public eager for educational and cultural advancement. Approximately half the essays examine the trends and market forces that dominated the British art collecting scene of the nineteenth century, such as the Orléans sale and the shift away from aristocratic collections to those of the new urban merchant class. The essays that focus on American collectors use biographical sketches of collectors and dealers, as well as case studies of specific transactions to demonstrate how collectors in the United States embraced and embellished on the British model to develop their own, often philanthropic approach to art collecting.

Contents: Introduction, Inge Reist. Part I Reflections Across the Pond: Pictures across the pond: perspectives and retrospectives, Sir David Cannadine; The revolving door: four centuries of British collecting, James Stourton. Part II The British Model: Conversing with history: the Orléans Collection arrives in Britain, Jordana Pomeroy; James Irvine: picture buying in Italy for William Buchanan and Arthur Champernowne, Hugh Brigstocke; Aristocrats and others: collectors of influence in 18th-century England, Arthur MacGregor; A decade of change and compromise: John Smith (1781-1855) and the selling of old master paintings in the 1830s, Julia Armstrong-Totten; ‘Le goût Rothschild’: the origins and influences of a collecting style, Michael Hall; The 4th Marquess of Hertford and Sir Richard Wallace as collectors: chalk and cheese? Or father and son?, Jeremy Warren; Collecting and connoisseurship in England, 1840-1900: the case of J.C. Robinson, Jonathan Conlin. Part III Americans Embrace and Embellish the British Model: British aspirations on the Chesapeake Bay: Robert Gilmor, Jr (1774-1848) of Baltimore and collecting in the Anglo-American community of the new republic, Lance Humphries; The London picture trade and Knoedler & Co: supplying Dutch old masters to America, 1900-1914, M.J. Ripps; The one that got away: Holbein’s Christina of Denmark and British portraits in the Frick Collection, Ross Finocchio; The long good-bye: heritage and threat in Anglo-America, Neil Harris; Henry E. Huntington: an American model for collecting art and instituting cultural philanthropy, Shelley M. Bennett. Bibliography; Index.

Inge Reist, PhD Columbia University, is Director of the Center for the History of Collecting, The Frick Collection and Frick Art Reference Library, New York.

British Models of Art Collecting and the American Response: Reflections Across the Pond