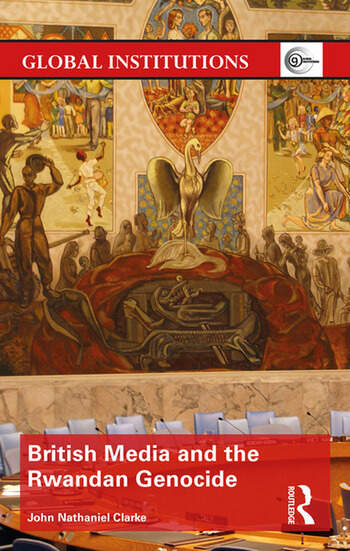 British Media and the Rwandan Genocide

Throughout the 1990s, humanitarian interventionism sat at a crossroads, where ideas about rights and duties within and beyond borders collided with an international reality of civil conflict where the most basic human rights were violated in the most brutal manner. This growing awareness of humanitarian crises has been enabled by a more globalized media which increasingly shapes public perceptions of distant crises, public opinion, and political decision-making.

Clarke examines the extent to which the public discourse, and particular concepts, including those of an ethical and legal nature, influenced British newspaper coverage of the 1994 crisis in Rwanda, and, in turn, the extent to which that coverage influenced the British Parliament’s response to the crisis. Through his development and application of a broader methodological approach that combines both quantitative and qualitative analyses, the book offers a fuller understanding of the relationship between media coverage, parliamentary debate, and policy formulation, and the central role that the globalized media plays in this process.

Integrating ethics, law and empirical analysis of the media to obtain a more cohesive understanding of the chemistry of the media-public policy nexus, this work will be of interest to graduates and scholars in a range of areas, including Genocide Studies, the Responsibility to Protect, the Media & Politics and International Relations.

1. Ideas, the media, and humanitarian intervention

5. The parliamentary response to Rwanda

6. The media and Parliament

John Nathaniel Clarke has served with the United Nations in a variety of political, humanitarian and developmental roles. He completed a PhD at Cambridge University (Peterhouse) and held a Post-doctoral fellowship at Yale University.

British Media and the Rwandan Genocide