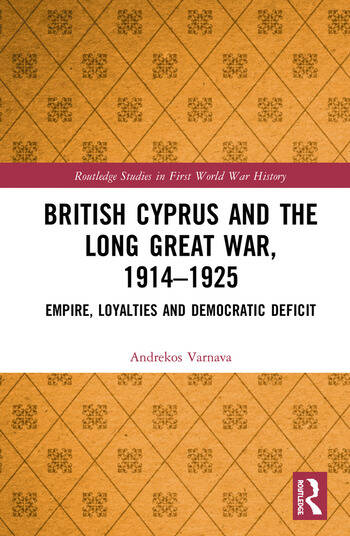 Most of the Cypriot population, especially the lower classes, remained loyal to the British cause during the Great War and the island contributed significantly to the First World War, with men and materials. The British acknowledged this yet failed to institute political and economic reforms once the war ended. The obsession of Greek Cypriot elites with enosis (union with Greece), which only increased after the war, and the British dismissal of increasing the role of Cypriots in government, bringing the Christian and Muslim communities closer, and expanding franchise to all classes and sexes, led to serious problems down the line, not least the development of a democratic deficit. Andrekos Varnava studies the events and the impact of this crucial period.

Andrekos Varnava is an Associate Professor in Imperial History at Flinders University, Adelaide and an Honorary Professor at De Montfort University, Leicester.